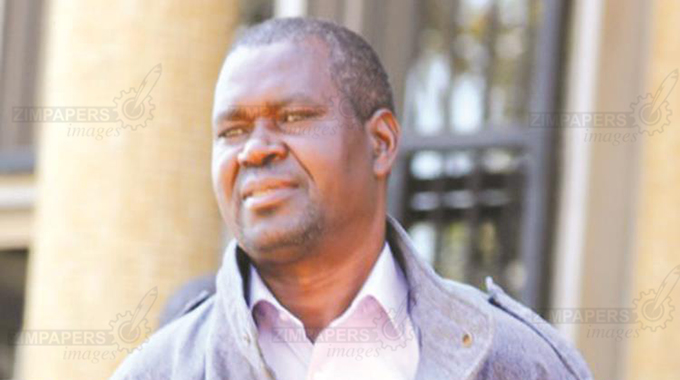 Tendai Rupapa Senior Reporter
Former principal director of State Residences in the Office of the President and Cabinet, Douglas Tapfuma, who allegedly abused his office to facilitate the importation of several vehicles duty-free, was yesterday back in court intending to make a third bid for freedom.

Tapfuma (53), who is facing three counts of criminal abuse of duty as a public officer, was initially represented by Mr Vincent Matatu, but has now engaged the services of top Harare lawyer Mr Jonathan Samukange.

Tapfuma was denied bail last month by Harare regional magistrate Mr Hosea Mujaya, who ruled that he was a flight risk.

He also unsuccessfully appealed at the High Court. Tapfuma was yesterday back at the Harare magistrates’ courts to make a fresh bail application on changed circumstances.

His application could not be heard after Mr Mujaya indicated that the court was overwhelmed, before remanding him to Monday.

On his initial appearance when the State was opposing bail, it emerged that Tapfuma was being investigated for importing 76 vehicles using the same method.

Allegations against Tapfuma arose when he purchased his two personal minibuses from South Africa under the guise of the Government on April 10, 2018.

On April 17, 2018 he allegedly assigned Bonani Ganyane, an officer working in the transport section of the Department of State Residences, to proceed to Beitbridge and facilitate clearance of the two vehicles on behalf of the department using report order forms as if they were Government vehicles.

After clearing the alleged vehicles, Ganyane advised Tapfuma, who instructed him to hand over the vehicles to Vongaishe Mupereri, who at that time was National Assembly Member for Mbizo constituency.

The court heard that on April 20, 2018, Tapfuma made an application to the Chief Secretary in the Office of the President and Cabinet requesting for duty-free certificates in the name of the President’s Department which were issued.

Tapfuma allegedly applied for duty exemption for the vehicles at Zimra which was granted.

He then registered the vehicles at Central Vehicles Registry under the name of the President’s Department and started using the vehicles in his personal capacity.

The alleged vehicles were liable to a duty of US$3 180.

The court heard that on the second and third counts, Tapfuma allegedly purchased an additional of five personal vehicles between June and August last year from South Africa.