Teachers dig in on strike action 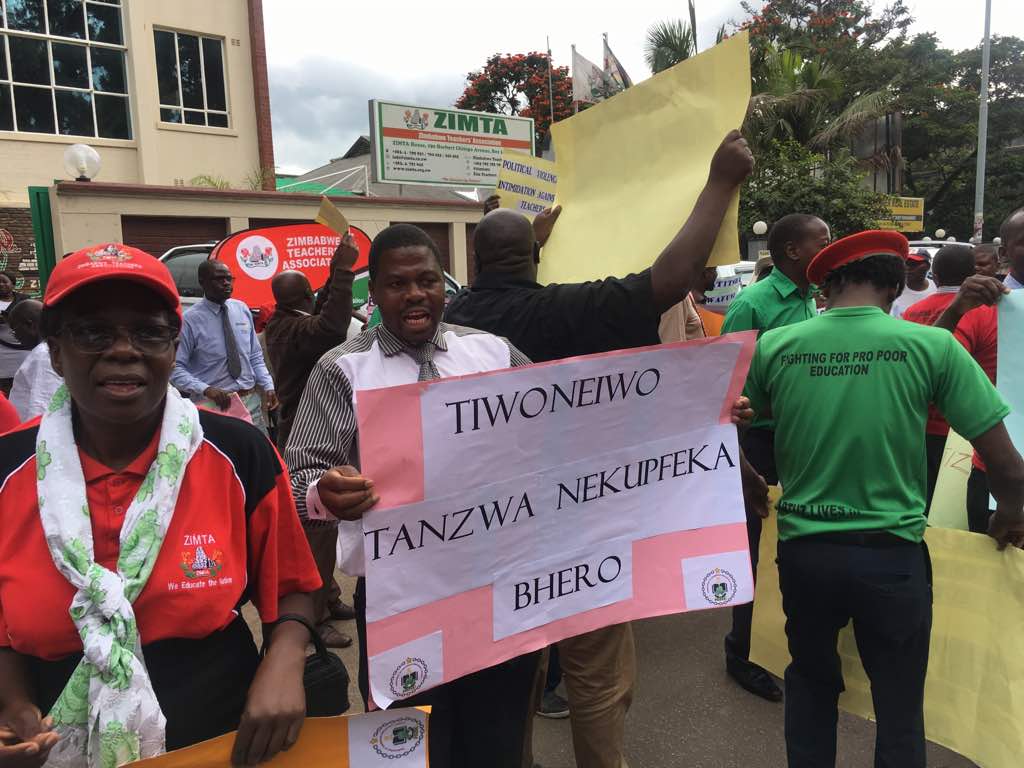 TEACHERS Unions yesterday vowed to disregard the threat by government on their intended strike, claiming no amount of bullying will force them to cower unless their employer agrees to engage and discuss their grievances.

Last month, teachers resolved to down tools when schools open for second term next week saying the government must meet their demands first.

However, the minister of State for Presidential Affairs and Monitoring Implementation and Government Programmes Simbarashe Mumbengegwi said the government had never refused to engage the workers and has met the APEX council for the National Joint Negotiating Council (NJNC) to talk about the welfare of civil servants.

“Government is therefore calling upon all teachers not to participate in this unlawful and highly premature strike action called for by some of the union leaders who may not have the same agenda of improving conditions of service for teachers,” Mumbengegwi said.

However the unions said they wanted to negotiate issues specifically from their sector and not through the APEX council.

Progressive Teacher’s Union of Zimbabwe (PTUZ) leader Raymond Majongwe said intimidation will not work and they will go ahead with their planned strike.

“It is unfortunate for a man (Mumbengegwi) who we thought has learnt a lot through mistakes under the Mugabe regime. If they think they will intimidate us then that will hit a brick wall,” Majongwe said.

“All what we are asking for is dialogue with government. They cannot impose a leadership on us which is also discredited. The teachers are saying we want to discuss with government our sector related issues.

“As far as we are concerned, nothing has changed on the strike unless if they engages us. Without that we are going ahead with the strike because our issues are sector related. We are not intimidated. It is quite clear that the government wants to negotiate with people who are not teachers and the APEX council cannot represent us.”

Amalgamated Rural Teachers Union of Zimbabwe (ARTUZ) boss Obert Masaraure urged “all teachers to remain vigilant and not be cowed down by the cowardly and desperate attempts to scuttle a legitimate job action.”

“We will soon be sharing a clear logistics plan for implementing the strike,” he said.

The post Teachers dig in on strike action appeared first on NewsDay Zimbabwe.