Teachers give notice to strike 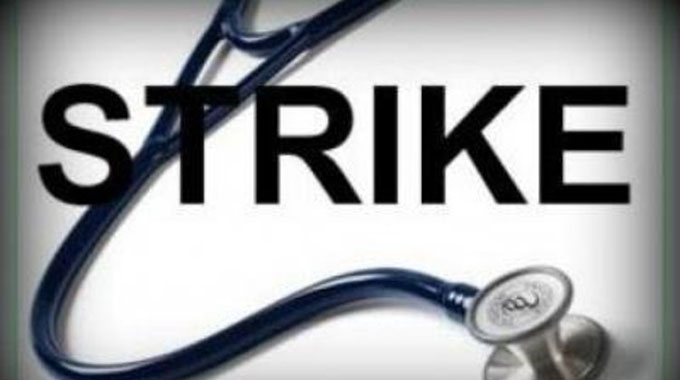 THE education sector is set to suffer another heavy blow after teachers and State university employees gave notice yesterday to embark on a nationwide industrial action starting Monday to press for better working conditions.

The day coincides with the resumption of classes for non-examination pupils after examination classes started their lessons on Monday this week.

State university employees also gave a 14-day notice to the Public Service ministry announcing their intention to embark on a strike in protest over low wages.

Their notice came at a time government has approved a 200% hike in university fees, which will result in students at State universities forking out between $25 000 and $40 000 per semester, up from $9 000.

“The employees demand that the employer makes urgent steps to attain the regional level salary scales as per the agreements of 2010,” read the letter by Alois Muzvuwe and Readyforward Dube, the ZISUUA and ZUAWU representatives.

The Amalgamated Rural Teachers Union of Zimbabwe (Artuz) released a statement yesterday inviting citizens to join them on the streets on March 22 in nationwide protests dubbed #SaveOurEducationZw.

The rural teachers threatened that the protests would continue until their grievances were addressed.

“In September 2020, we produced a detailed Education in Crisis Report citing both urgent issues that need to be attended to and long-term structural deficiencies which have to be resolved. We further made recommendations to the government, some of which do not need any financial investment. The report was ignored by the government, but schools opening was aborted because of the challenges we had raised,” the Artuz statement read.

They accused government of ignoring the recommendations by the Federation of Zimbabwe Educators Unions (Fozeu), which includes teachers’ unions, and a position paper by Artuz on safe and effective reopening of schools.

Artuz, in its notice for nationwide protests, cited the poor 2020 Grade 7 pass rate, which dropped by 9% compared to the 2019 results, saying if government fails to resuscitate the ailing education sector, pass rates would continue on a downward spiral.

“The number of teenage pregnancies is rising, with a recent report revealing that 5 000 teenagers were impregnated in a month. This revelation reminds us that the longer learners stay at home, the more difficult it is for them to return to schools. It is, therefore, imperative for us to force the government to urgently resolve the education crisis.

“Government should deal with the issue of teacher preparedness to teach. Teachers are currently incapacitated because of underpayment. The unilateral variation of teacher contracts by the government in 2018 led to a systematic wage theft, which left teachers wallowing in poverty,” read the Artuz notice.

The rural teachers also said government needed to increase the Basic Education Assistance Module (Beam) fees support as more vulnerable learners were traumatised, adding that a counselling regime had to be operationalised in schools to deal with the trauma of the lockdowns.

Moses Mhike, a team leader representing government in the National Joint Negotiating Commission (NJNC), said the Public Service Commission (PSC) had not yet received communication from teachers’ unions on the proposed nationwide protests.

“We have not received anything from them, we are just getting to know of it from the Press,” Mhike said.

Primary and Secondary Education ministry spokesperson Taungana Ndoro said: “Yes, I saw something from the 386-member union called Artuz. The ministry continues to urge all well-meaning teachers to report for duty on time and with commitment as government seeks to address their grievances.”

Last week, government reached a deadlock with civil servants after the workers rejected a “paltry” 25% salary increment during an NJNC meeting.

Meanwhile, disgruntled teachers in Bulawayo have formed another teachers’ union called Educators Union of Zimbabwe (EUZ) after accusing other unions of deviating from their mandate.

EUZ interim secretary-general Justin Murema told NewsDay that some teachers’ unions had become an extension of the employer, while others were meddling in opposition party politics, hence the need for an apolitical teachers’ representative body.

Murema said like other unions, his membership wanted the restoration of their salaries to 2018 levels which were in United States dollars and starting from US$520 to US$550.

“We are here to offer the missing services from those offered by other unions by bringing all teachers’ issues under one umbrella for a fruitful discussion with the employer.  Around 70 000 out of 130 000 teachers in the country are not in any union membership and EUZ seeks to recruit more of these unrepresented teachers,” Murema said.

The post Teachers give notice to strike appeared first on NewsDay Zimbabwe.