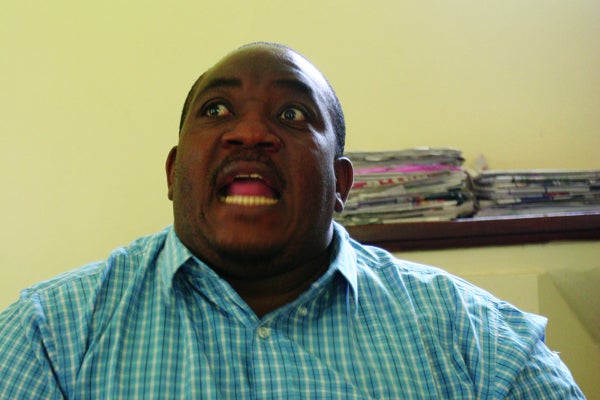 Some teachers who have openly declared incapacitation are currently living in fear from suspected State security agents who are allegedly harassing and accusing them of “sabotage”.

NewsDay is reliably informed that a number of teachers in Chikomba district are applying for unpaid leave, citing incapacitation due to the continuing deterioration of the economy.

Progressive Teachers’ Union of Zimbabwe secretary-general Raymond Majongwe said their members were being victimised by members of the Central Intelligence Organisation (CIO) who he accused of working with the district schools inspectors (DSI) to harass incapacitated teachers.

“We are advised overzealous DSIs are on the prowl in Chikomba, Chipinge and parts of Matabeleland South, harassing teachers because of incapacitation issues. We know that several of our leaders have been summons by the President’s Office across the country. Case in point is in Chivhu where several heads were summoned to CIO offices and were instructed to charge teachers,” Majongwe said.

Teachers across the country have openly declared incapacitation and have been calling for government to address their plight by at least increasing their salaries to match the current cost of living. Through their associations, teachers have been threatening to down tools with some currently on go slow.

Majongwe added that they will approach the International Labour Organisation (ILO) to report on the alleged harassment.

“Because of this harassment we will be advising the ILO and Education International of the harassment we are going through. Our demands for a living wage are legitimate and justified. There is nothing political about asking for money for food and rent. The CIO has no business in schools,” he said.