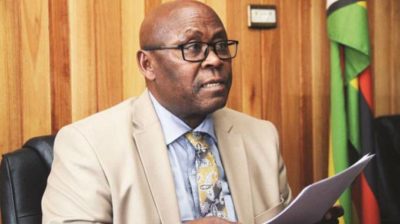 In the event that the pandemic is contained, the teachers put forward 15 demands they want government to meet to guarantee their safety.

The petition followed an announcement by government last week that schools will re-open in four weeks’ time.

But yesterday, teachers described the move as “reckless bravery by some ill-informed sections of society bent on opening schools for expediency and primitive accumulation of wealth”.

“We, the undersigned teachers’ unions in Zimbabwe, therefore, urge the government to ensure that coronavirus is totally brought under control before opening of schools,” part of the petition read.

The teachers set tough conditions for schools re-opening and also demanded US$520 minimum salary or its interbank rate equivalent.

“Fumigate all schools before schools open and at regular intervals thereafter. Schools that are currently used as quarantine centres should go through rigorous fumigation and confirmed safe by the Health and Child Care ministry,” the petition added.

“Ensure the testing of all pupils and teachers and provision of the same at regular intervals, pay risk allowances to teachers as in essence they are frontline workers in the education system.”

The teachers said they should be capacitated in handling COVID-19 in case of an outbreak in schools and also demanded the postponement of the Zimbabwe Schools Examination Council June examinations.
They also want government to reduce the teacher-pupil ratio to 1:20, supply personal protective equipment, test kits, thermometers and sanitisers to all the 10 000 schools and ensure availability of potable water, among other demands.

The teachers said the opening of schools was premature and was not according to World Health Organisation guidelines.

PTUZ president Takavafira Zhou said their demands were justified as the decision to open schools in four weeks’ time was “ill-conceived”.

Artuz president Obert Masaraure said: “We cannot afford to experiment with the lives of our teachers and our learners.”

Mathema said he would dialogue with the union leaders over their concerns.

“This is not time for insults, but unity among all Zimbabweans to fight COVID-19,” Matema said. “I am going to meet with the union leaders so that we iron out their grievances. But what I can say is that we value the safety of all our teachers and the 4,6 million learners.”