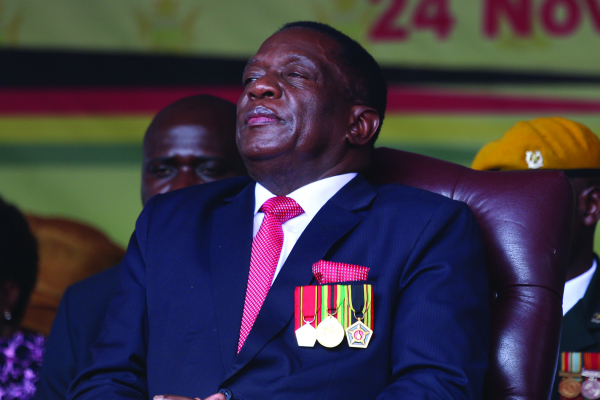 VARIOUS teachers’ unions falling under the newly-formed Federation of Zimbabwe Educators’ Unions (Fozeu) have snubbed a consultative meeting organised by the government to address their grievances, saying they would only attend if the invite was sent directly to their new mother body and not through the “State-linked”Apex Council.

came as teachers petitioned President Emmerson Mnangagwa last week, threatening to go on strike if the government fails to improve their working conditions by schools opening day next week.

“Fozeu has learnt with disdain that (Policy Implementation) minister Simbarashe Mumbengegwi has invited teachers’ unions for engagement through the Apex Council,” the unions said in a statement yesterday .

“The invitation smacks in the face of the spirit and principle of Fozeu, which is an educators’ platform for engaging with the employer. All unions under the Fozeu banner have unanimously agreed to reject the invitation and further resolved that we will only engage our employer as Fozeu not as Apex, demand the immediate setting up of a collective bargaining council and we will withdraw our labour in second term if the grievances which we tabled before the employer are not addressed (sic).”

PTUZ secretary-general, Raymond Majongwe, launched a scathing attack on the government and the Apex Council led by Cecilia Alexander.

“These people want to use us, we are saying, let lions hunt on their own and let lizard do the same then each animal society will define its rules of engagement with the kingdom. We have written to the government and indicated we want to meet with the employer as teachers because we have issues that are peculiar to us,” he said.

“We have issues to do with leave days re-instatement, rural allowances and the security of teachers. We have withdrawn from the Apex Council because it has always gone to bed with government only to come out pregnant. We will not be party to the making of an illegitimate child again.”

“We are not attending and will issue a comprehensive statement tomorrow. However, the gist of the matter is that we want negotiations with the employer reconfigured to give effect to section 65 of the new Constitution. Teachers want collective bargaining and that will render most of the structures including the Apex Council ineffective,” he said.

His sentiments were echoed by ARTUZ leader, Obert Msaraure, who said the government needed to engage teachers “at our level or else”.
Both Mumbengegwi and Alexander were unreachable for comment.