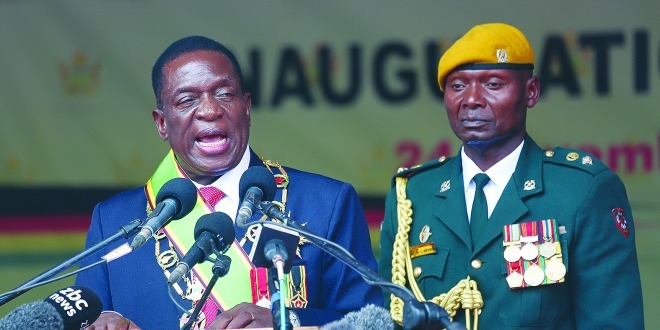 TEACHERS from various parts of the country and representing different unions have threatened to storm President Emmerson Mnangagwa’s offices tomorrow demanding urgent address on their work-related grievances, among them a 100% salary hike.

According to a letter addressed to the police in Harare, signed by six union leaders, the teachers said they would march from Zimta House to Mnangagwa’s Mumhumutapa offices, where they plan to hand over a petition containing their grievances.

“We write to give notice to your esteemed office that the following teacher trade unions, organised under the Federation of Zimbabwe Educators’ Unions shall undertake a march to Munhumutapa Building to deliver our letter of demand to the employer, minister of State for Presidential Affairs and Monitoring Implementation of Government Programmes, Honourable Simbarashe Mumbengegwi,” read the letter dated March 21.

“The marching procession, which shall happen between 1pm and 2pm Tuesday March 27, 2018, shall begin from Zimta House eastwards through Herbert Chitepo and then southwards Sam Nunjoma to Munhumutapa Building,” added the letter.

Besides the salary hike, teachers are also demanding restoration of vacation leave, a compensatory rural allowance and security guarantees against harassment by politicians.

“The last salary review for civil servants was effected in 2013. Our economy has undergone a series of upheavals that have led to the erosion of our salaries by up to 70%,” ARTUZ leader, Obert Masaraure said.

“The economic crisis, which also resulted in a biting cash crisis, has reduced our salaries to peanuts. Our income level is no longer commensurate with the cost of living, consequently teachers can no longer afford to pay for basic social services for their families.

“A comparative study across the region conducted by ARTUZ research department revealed that Zimbabwe’s teachers are among the worst paid,” he said.