Teargas-throwing cops to be charged — Matanga 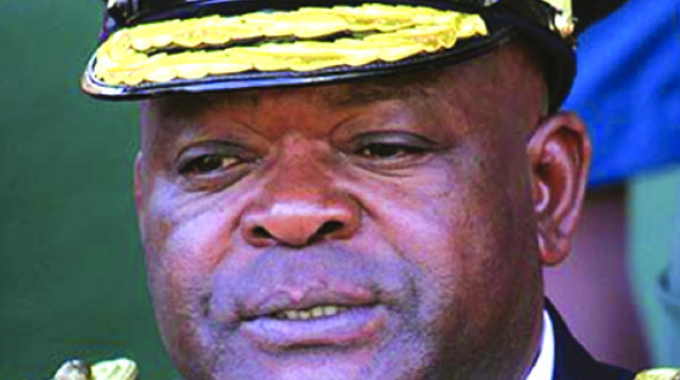 Mukudzei Chingwere
Herald Reporter
Seven police officers who threw teargas canisters onto a bus full of passengers at the Harare Exhibition Park will be charged under the Police Act, Commissioner-General Godwin Matanga has said.

Passengers that were in the bus were forced to jump through the windows onto the tarmac to escape the tear smoke.

The seven police officers, who were arrested after the incident, had wanted to arrest the bus driver because he had a Class 2 driver’s licence instead of a Class 1 required to drive buses.

Comm-Gen Matanga said the officers erred and will be charged for their actions.

“We have arrested the seven officers in connection with the incident, which occurred at the Harare Agricultural Show grounds,” he said. “We are going to charge them under the Police Act.

“The officers who are carrying out the investigations are the ones who are going to pick the appropriate charge from the Police Act. As far as I am concerned, I can generally say they performed their duty improperly.

“I run my office guided by an Act of Parliament, that is the Police Act.”

Comm-Gen Matanga said appropriate legal frameworks will be evoked when charging the officers.

Tear smoke is usually used to disperse crowds that would have turned violent, but it is not clear why the officers decided to throw the canisters onto the bus.

Meanwhile, the police have been allowed to recruit 1 000 more officers, with the last recruitment having been done in 2018.

Comm-Gen Matanga confirmed the development, but said they will recruit when it is safe to do so.

“As we speak right now, I have got authority from the Police Service Commission, through the Ministry of Home Affairs and Cultural Heritage to recruit 1 000 men and women for the year 2020,” he said.

“But right now I have not done so because of the Covid-19 pandemic. We will wait until such a time the situation allows us to do so.”