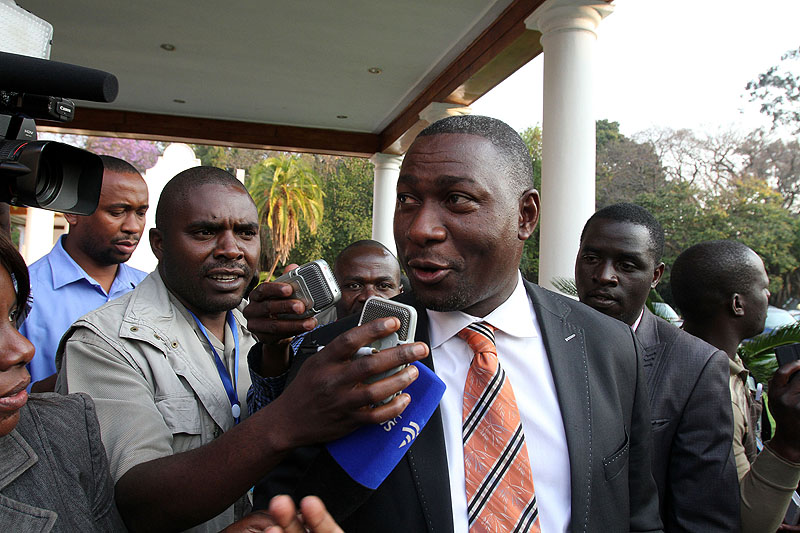 Mobile operators have warmed up to the interoperability of mobile money platforms, saying the move is dependent on co-operation among the players.

In a statement published this week, ICT and Cyber Security minister Supa Mandiwanzira gave mobile operators until April 1 to come up with interoperability of mobile money platforms or “the government will take the appropriate measures to enhance compliance.”

The current model for cross network transfers is agent and cash-based, as there is currently no wallet-to-wallet interoperability, and what this means is that all cross network mobile money transactions are cash-based.

The country’s three mobile money platforms — EcoCash, Telecash and OneMoney — operated by Econet, Telecel and NetOne, respectively, only do transactions within their own networks.

NetOne acting chief executive officer, Brian Mutandiro said interoperability would be dependent on each of the other mobile money platforms.

“We welcome it very much because it just improves government policy on financial inclusivity and removes barriers to the participating public. So, we are just studying the modalities and will definitely prepare a platform to open ourselves to make them interactive,” he said.

“We could not do it because you have to integrate with others and if you they are not co-operating, it does not work. I am not saying anything; all I am saying is that you cannot do it on your own because everyone has to do it at the same time, that integration.”

In emailed responses to NewsDay, Econet chief executive officer, Douglas Mboweni said the engagements for interoperability of mobile money platforms started as far back as 2015.

“As you may already be aware, we pioneered the cross-network mobile money transfers as a demonstration of our commitment to operable systems. As for full mobile money interoperability (wallet-to-wallet), there are currently various models on the international market, and guidelines on this are typically provided by the central bank, with input from the industry players,” he said.

“We always co-operate with the mobile money regulator (the Reserve Bank) and, to achieve interoperability, there are several pre-implementation considerations to be made — including, but not limited to, technical and commercial considerations.

“If one looks at other markets such as Tanzania and Kenya, it has taken them almost two years for the interoperability model configurations to go to full rollout and, as we speak, implementation is still not fully complete. This is why our engagements in this regard started as far back as 2015.”

“Telecel has always advocated for interoperability since launching its mobile financial services platform, Telecash. Telecash is interoperable as one can actually send money to an EcoCash or OneMoney customer. In addition, Telecel is already on the Zipit platform for bank to wallet and wallet to bank transactions for Telecash since we launched the mobile financial service,” she said.

“In addition to these transactions, Telecel launched its own Telecash Gold Card in 2014, which is a debit card sitting on the ZimSwitch platform. Full wallet to wallet, interoperability will be the result of the entire sector playing a role in enabling integration.”

“We have always been recommending, advising and requesting the companies (telecom providers) to make sure that interoperability is achieved within the network system so that it enhances our vision of becoming a cash light society. What it does it does is if you are a NetOne, Telecel or Econet subscriber you can interoperate together. It means you will be to send money to the next person,” he said.

“Just like banks, I will give you the example of the banks. At the banks, there is a functional interoperability because you talk of real time gross settlement balances; you will be able to send your money from CBZ to BancABC, to StanChart and StanChart to Stanbic, that is what you call interoperability, which is the same with mobile banking.”

A 2017 third quarter report by the Postal and Telecommunications Regulatory Authority of Zimbabwe showed a 15% increase in the number of active mobile money subscriptions to 3 867 676 from 3 352 476 recorded in the previous quarter showing room for financial inclusion.

$1,24 billion was transacted on all the mobile money platforms.

Analysts say the cost of transaction on the mobile platform is more expensive than mobile banking and presents the biggest challenge in integrating the system.