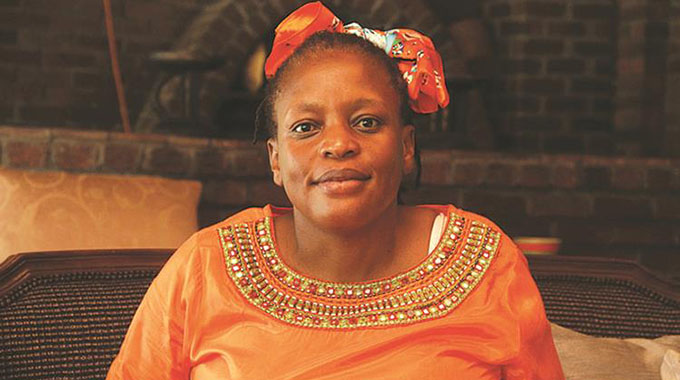 The chairperson of Parliament’s portfolio committee on Primary and Secondary Education Mrs Priscilla Misihairabwi-Mushonga, brought proceedings in the National Assembly to a standstill yesterday after she paid tribute to Finance and Economic Development Minister Professor Mthuli Ncube in a traditional way.

This happened during debate on the 2021 National Budget, where Ms Misihairabwi-Mushonga rose to give her portfolio committee’s report on their post-Budget analysis of the ministry.

Before making her presentation, Mrs Misihairabwi-Mushonga wrapped herself with a traditional cloth commonly known as Zambia, before spreading a reed mat on the floor where she knelt.

After kneeling, she thanked Prof Ncube in a traditional way, clapping her hands, with a reed basket on her side, amid a rousing applause from legislators, mostly from Zanu PF.

She eventually presented Prof Ncube with a present of two T-shirts. The event drew a lot of applause from backbenchers.

After the incident, MDC-Alliance MPs protested before Deputy Speaker of the National Assembly, Cde Tsitsi Gezi, saying Mrs Misihairabwi-Mushonga’s conduct was not provided for in any Parliamentary statutes.

But Norton MP, Temba Mliswa supported Ms Misihairabwi-Mushonga, saying she was free to express herself in any manner, just as members of the opposition were free to do so.

Cde Gezi ruled that Ms Misihairabwi-Mushonga had not breached any parliamentary rules.

She said there was need to look into the issue of procurement of sanitary wear, as some of those that were being bought were pant liners and not pads.

Ms Misihairabwi-Mushonga commended Prof Ncube for his “audacity” to provide funding on sanitary wear, but bemoaned the amount, saying Treasury had allocated $500 million out of a bid of $1,2 billion.

“On sanitary wear in terms of per capita, it will not be enough,” said Ms Misihairabwi-Mushonga.

She said there was need to synchronise the Basic Education Assistance Module with Grant in Aid of tuition so that they fall under one ministry.

Mrs Misihairabwi-Mushonga said there was need for psychosocial support for female pupils most of whom who fell pregnant during the Covid-19 related national lockdown.