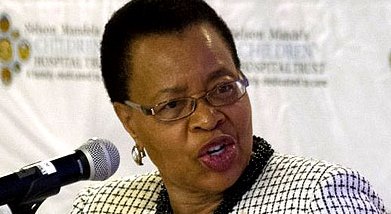 HARARE – Former UN secretary-general Kofi Annan, former US President Jimmy Carter and other prominent figures have encouraged all political actors in Zimbabwe to deliver integrity and transparency across the country’s transition, including a level playing field ahead of the upcoming elections.

Annan, Carter and Nelson Mandela’s wife, Graca Machel, are part of a group of prominent figures and former statesmen called The Elders.

In November 2008,  Zimbabwe barred The Elders from visiting the country to assess the humanitarian crisis. In their statement issued on Wednesday, The Elders reaffirmed how important it is that the electoral process and subsequent actions lead to a significant strengthening of civilian authority at all levels of the state.

The concerns of civil society around rule of law, security and a fair process of electoral registration need to be heard before, during and after the elections to help ensure legitimacy.

The Elders encouraged the new government of Zimbabwe to foster open dialogue with opposition representatives, civil society, the Southern African Development Community (Sadc), the African Union, the United Nations and the wider international community. They called on the government and all other stakeholders to promote greater transparency and accountability in the management of the economy.  Sustained action is needed to eradicate fraud and corruption, and establish an inclusive approach to economic recovery and development.

Annan said: “Zimbabwe is on the long road to recovery. The upcoming elections are an important first step on this path to democratic and civilian government, but they cannot be an end in themselves. Only a long-term process of national renewal will allow the country to reach its full potential.”