The New Year holds no promise for troubled Zim 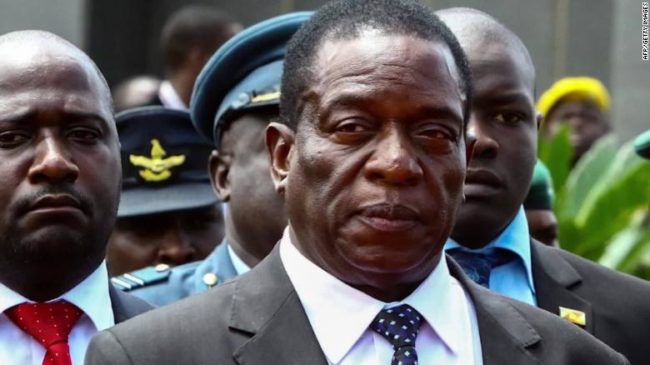 A SHORT queue has formed outside a supermarket in Sunningdale, a supposedly middle-class suburb in Harare.

Behind the supermarket, a truck is offloading bags of mealie-meal, a commodity that recently became part of the long list of products that are in short supply in troubled Zimbabwe.

Maize meal supplies dwindled last month following government’s reinstatement of a subsidy on the staple product and the situation has been made worse by the drought the country is experiencing.

While the country has had a command agriculture programme that was expected to boost grain reserves, the scheme has been marred by reports of looting, corruption and mismanagement orchestrated by its very own proponents.

In the end, Zimbabwe, formerly self-sufficient, has become the beggar in a region that is experiencing considerable growth.

With the late former President Robert Mugabe having been fingered as the reason behind the country’s woes, it appears the not-so-new administration led by President Emmerson Mnangagwa (pictured) since 2017 has not done any better and, if at all, there has been nothing but promises of Canaan as the economic, political, human rights and social services situation continue to deteriorate.

So, as 2020 begins, it appears Zimbabwe’s problems are not limited to maize meal shortages.

Shortages of fuel, water and electricity have persisted despite earlier government promises that stability would ensue.

Worse still, the country’s currency problems continue and with the black market being reportedly driven and fuelled by top government officials, inflation has peaked to 521% and continues to rise.

Companies continue to shut down, and only this week, it was reported that one of the oldest wholesale chain, Bhadella, was shutting its doors, in what proves the “open for business” slogan by government is nothing, but a joke.

The effects of the country’s crisis have also manifested in the education sector, and government’s response to schools and colleges intending to increase fees in accordance with inflation have been predictable and not helpful.

By tightly-regulating fees and barring increases, government has left schools with no capacity to meet their obligations, leaving some schools having to beg for donations from parents.

Universities have deferred the February intake in what reminds many of the 2007/8 crisis.

Teachers and medical practitioners are discontented and like all other civil servants, their salaries have been eroded by inflation to about US$50 a month.

With the economic crisis eating into the population’s incomes, and as cash shortages persist, machete-wielding gangs have become the latest result of the country’s bedlam.

With reports of people being maimed in mining areas and robbers resorting to the use of machetes, government continues to make high sounding proclamations that the police are dealing with the menace.

However, because of their reported strong links to some government officials, MaShurugwi, who are behind the machete wars, may not go down easily.

Far from the city, villagers in many parts of Zimbabwe are starving, and in areas like Mwenezi, hundreds of cattle have so far died due to drought.

For a government that has made lofty promises but has fallen far short in fulfilment, the situation that Zimbabwe is in these early days of 2020 proves how difficult the year is likely to be.

This week, the United Nations (UN) reported that Zimbabwe’s economic outlook was gloomy.

However, now known for false promises over the past few years, the Zimbabwe government has predicted a 3% growth in 2020 and this is despite renowned economists having said the contraction could be by more than 10%.

With this huge mountain of problems, the people of Zimbabwe can only brace for a turbulent 2020 considering that government appears to have no solution and has continued to go for priorities that prove how uncaring it is to the plight of Zimbabweans.

The post The New Year holds no promise for troubled Zim appeared first on NewsDay Zimbabwe.