The popular preacher paid a $700 fine for the offence.Magaya’s PHD in court over $29m VAT

Source: The popular preacher paid a $700 fine for the offence.Magaya's PHD in court over $29m VAT | Daily News 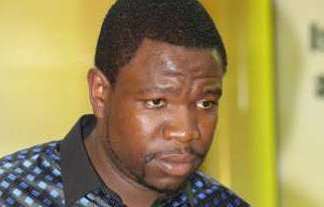 HARARE- The government has charged Prophetic Healing and Deliverance (PHD) ministries for breaching Value Added Tax (VAT) regulations on nearly $29 million which the State says was generated from the sale of church wares over four years.

PHD is led by popular cleric Walter Magaya, pictured, who was absent from the Harare Magistrates’ Courts yesterday where the matter was remanded to February 28 for trial.

The complainant in the matter is the Zimbabwe Revenue Authority (Zimra) which was represented by its chief investigations officer, Tinashe Madakadze.

According to the State, PHD raises revenue from selling church regalia, anointing oil and holy water, as well as from a guest house which is widely known as Yadah Hotel.

Prosecutor Peter Kachirika alleged that sometime in October 2018, Zimra had conducted tax investigations on PHD and recovered financial statements from the church for the period 2013 to 2017.

The court heard that Zimra had also recovered financial statements from the Commercial Bank of Zimbabwe, which were submitted by PHD for a loan application.

The statements showed that PHD had allegedly realised sales amounting to $28,7 million between 2013 and 2017.

It was alleged that during that period, PHD did not submit income tax returns to Zimra.

It was further alleged that during the same period, PHD had paid remuneration amounting to $950 522 to the clergyman’s wife, Tendai Magaya.

The State also accused PHD of also transferring remuneration of US$2,4 million to Magaya’s own bank account — further alleged that on both occasions, the church had evaded tax by not paying the due Pay As You Earn (Paye) tax.

It was also alleged that PHD has no records of all the goods and services that it sells and purchases, in violation of the VAT Act.

It was further alleged with regards to VAT returns that had been made for the said period, PHD had failed to declare exports made — and also stood accused of submitting returns with false entries, thereby further contravening tax regulations.

Recently, Magaya was convicted of marketing his alleged HIV cure, Aguma, before he got approval from relevant authorities.

However, he told the court that Aguma had allegedly been authenticated by Indian laboratories, where it was said to have been first tested.