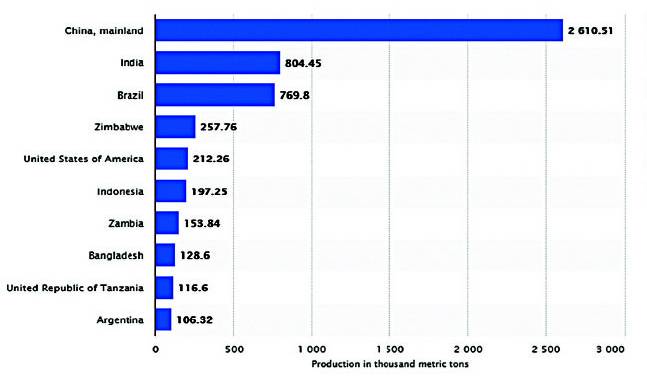 The Tobacco Industry and Marketing Board (TIMB) has come to the rescue of over 20 000 tobacco farmers who where shortchanged in terms of quantity and value of farming inputs supplied, The Sunday Mail Business can reveal.

There are about 145 000 farmers contracted to grow tobacco this season and nearly 14 percent did not receive enough inputs from merchants.

The industry regulator, however, moved in to compulsorily de-contract them.

It has since emerged that some of the contracting companies expensed some items that did not add value to the farmers’ businesses.

This prejudiced the growers.

Realising how this was going to dent efforts to empower farmers and realise meaningful returns in foreign currency for the country, the TIMB ordered the 20 000 affected farmers to be given an option to sell their crop to the auction system or to merchants of their choice.

In an interview, TIMB chief executive officer Dr Andrew Matibiri said the regulator conducted a validation exercise to ascertain the value of inputs and quantities given to farmers this season, and was shocked by the extent to which farmers were being shortchanged.

Several tobacco merchants over-declared the value of inputs and the number of farmers supported.

Under new contract regulations, tobacco contractors are required to provide inputs worth US$1 000 per hectare for smallholder farmers and US$4 000 for large-scale growers.

However, investigations by The Sunday Mail Business indicated that smallholder farmers were receiving inputs worth US$500 per hectare in some instances, which naturally affected the quality of yields and the income of farmers.

The sector earns the country close to US$1 billion annually in foreign currency.

But TIMB feels the earnings would have been higher had contractors played by the rules.

“We have completed the validation exercise and we established that 14 percent of the growers were not given enough inputs,” said Dr Matibiri.

“The growers will now have the option to sell to contractors of their choice or to the auction. The affected contractors will recover their little monies through a stop order system.”

There are still concerns the collapse of the auction system would subject farmers to price manipulation and more exploitive contracts by the cash-rich merchants.

Zimbabwe, which ranks among the world’s largest producers of the “golden leaf”, has a dual marketing system where tobacco is sold through both the auction and contract system.

Over the years, the auction system, which determines minimum grade prices for contract sales, has been declining, with 96 percent of the crop now being sold through contract.

This year, only 4 percent of farmers self-funded, while the majority were financed by contractors.

While the de-contracted farmers have an option to sell their crop through the auction system, it is very unlikely due to Covid-19-induced travel restrictions.

“Most contractors have decentralised and it will be easier for farmers to sell their tobacco to nearest contract floors,” said a commodity analyst with a local research company.

Tobacco farmers planted nearly 7 000 fewer hectares this season than last year, but the drop would be offset by projected higher output due to good rains received in all tobacco farming regions.

Tobacco is the country’s largest single foreign-currency earner after gold, with exports raking in US$736 million in 2020 after more value-added products in the form of cut rag and cut stems were exported to mainly China and South Africa compared to a year earlier.

Stakeholders said it was high time the country reverts to domestic funding of the crop, as was the case two decades ago, to ensure viability of farmers and continuity of the auction marketing system.

Last week our sister publication Business Weekly reported that there are growing fears tobacco net export proceeds might be far less than other commodities because most of the contract schemes are sponsored using offshore funds.

Reports say after export, most of the proceeds remain offshore in the hands of funders.

Foreign tobacco merchants bear costs, including borrowing and production costs, which, according to reports, are passed to farmers. This makes growers less viable.

Similarly, the bulk of the money earned from tobacco exports is kept offshore largely to repay loans obtained for sponsoring the contract schemes, mainly inputs.

There are, however, reports that allege under-invoicing.

According to figures from the TIMB, about 96 percent of farmers are under contract.

“It is good on paper but there are many costs involved, which are passed on to farmers and this render them less viable,” Reserve Bank of Zimbabwe Dr John Mangudya told Business Weekly.

“The model is now expensive and needs to be reviewed so that we can have kind of an equitable mix of contract and auction.”