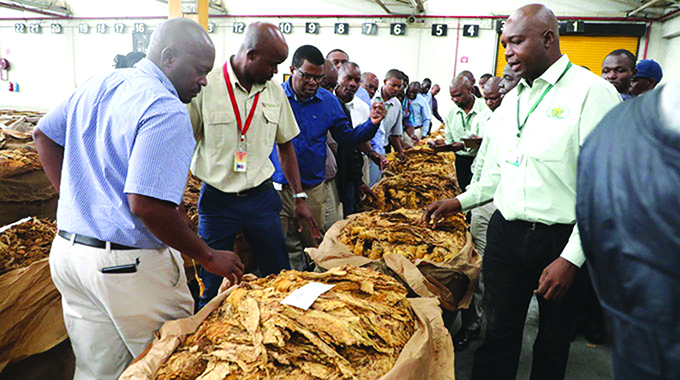 The Tobacco Industry and Marketing Board (TIMB) needs to discard the price matrix used to determine minimum price of the contracted crop by coming up with a new model that ensure farmers get fair prices, the Competitions and Tariff Commission has said.

It also urged the country’s tobacco industry regulator to come up with a policy compelling all merchants to buy a certain percentage of tobacco from the auction floors.

The mushrooming of contract floors has been largely blamed for disorderly marketing of tobacco.

Over the years, the auction system, which determines minimum grade prices for contract sales, has been declining, with 95 percent of the crop now sold through contract.

Last season, only 5 percent of farmers were self-funded, while the majority were financed by contractors.

Some industry players are worried the demise of the auction system could see massive price manipulation in favour of contractors, which would frustrate tobacco farmers from growing this key commodity, a major foreign-currency earner.

The local auction system used to be the marketing model in the world, but “free-funded” tobacco volumes have shrunk as most farmers who benefited under the land reform joined contract schemes as they lack capacity to borrow due to lack of collateral.

“To promote the use of auction system, TIMB must promulgate regulations compelling all merchants to purchase a certain percentage of their crop from the auction floors,” said CTC in its first quarter newsletter released yesterday. “This will enhance competition leading to increased prices at the floors.”

While contract growing has been largely viewed as a viable model to fund tobacco production at a time banks are reluctant to provide credit, fly-by night opportunists have invaded a well thought-out initiatives and bring disorderly marketing.

Several auction floors without the auctioning and transparency are now common place in the tobacco industry.

Government is already working on funding tobacco production using domestic resources to maximise revenues from the crop and ensure sustenance of the auction system.

While tobacco is touted as the country’s second single largest foreign currency earner after gold, net export proceeds are significantly less as most of the contract schemes are sponsored using borrowed offshore funds.

After shipments, most of the proceeds remain outside the country as they go towards repayment of debts.

There have been growing calls across the country for Zimbabwe to revert to domestic funding of tobacco farming, as was the case about two decades ago to ensure viability of the farmers, the sustenance of the auction marketing system as well as maximising revenues.