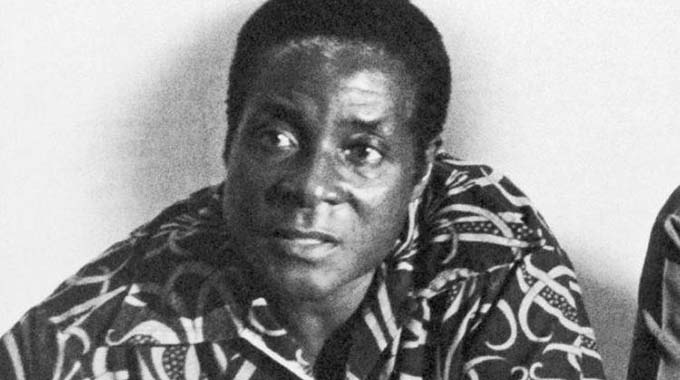 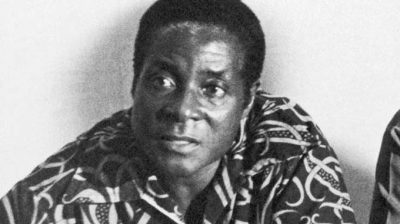 Lovemore Ranga Mataire Senior Writer
Having worked with ex-President Robert Mugabe as editor of the Zanu-PF’s publication, The People’s Voice, for close to three years, I must admit that there was a time when I sincerely believed the man was God’s gift to Zimbabwe.

I was probably not the only one who venerated Mugabe to a level of a deity.

Many in Zanu-PF believed that Mugabe was indeed God-sent. He exhibited traits of a selfless visionary leader, who in my view was largely misunderstood by his detractors.

He was a man much obsessed with his place in the annals of regional, continental and world politics. A man never to prevaricate on issues he held dearly.

He was a man of big issue ideas – land reform, indigenisation, educational reforms and beneficiation.

We may debate about the execution of his post-Independence big issue reforms, but that he was a man who would not hesitate to take big steps in anything he believed in is not in question.

Granted, like all mortals, Mugabe made regrettable errors, some that bordered on the preservation of power at all costs, but on the whole, particularly during the early years of Zimbabwe’s Independence, the man was just what the doctor had ordered for a landlocked resource-rich nation.

As small as Zimbabwe is, it was Mugabe who made it recognisable with his candid “tell-it-as it is” deliveries at international forums.

It was those speeches that interred him in the hearts of many Africans who regard him as an African hero – the last bastion of post-Independence African struggles.

As editor of The People’s Voice, I had the privilege of access to the first secretary and president of Zanu-PF.

My immediate boss was the late Dr Nathan Shamuyarira – a close confidant of Mugabe. Dr Shamuyarira was at the time the Zanu-PF secretary for information and publicity.

Whenever I felt the need for Mugabe’s voice in the paper on any pertinent national issue, Dr Shamuyarira was always at hand to facilitate access to the first secretary and president of the party.

During my tenure as editor, I had four interviews with Mugabe and at all times I was so much enthralled by his lucid expression, graphic memory and general understanding of issues.

I have no doubt that at all those four occasion, we struck a chord. He was equally fascinated by the idea that I was a “child of war” and knew my parents.

He knew David Todhlana – the one he described as a hot-head from Chikomba, while Revai Mabhunu came from Mt Darwin.

It was a marvel that given his advanced age, Mugabe would remember some intricate details about his wartime cadres. The man’s love for and empathy for his wartime comrades was apparent.

His face always changed into a sullen stupor each time he recounted the massacres at Tembwe, Nyadzonya and Chimoio. He kept shaking his head as his mind went backwards to those horrendous years of war.

“A lot of children died at Chimoio. It was terrible. How did you survive?” he asked rather rhetorically with a pitiful creased expression.

I had no doubt that despite his human frailties, Mugabe felt he had a mission to deliver his people to the Promised Land.

It was also clear at the time that Mugabe respected his wartime colleagues, the likes of Joshua Nkomo, Didymus Mutasa, Nathan Shamuyarira, John Nkomo and Emmerson Mnangagwa. These and others were his confidants – people he could turn to for wise counsel.

Many who have had a one-on-one with Mugabe will definitely testify to his sudden ebullient expression whenever he recounted the liberation war.

His whole body would come alive each time he narrated his wartime experiences.

So what went wrong?

Why did Mugabe become so contemptuous of war veterans and his war time colleagues?

The problem started when he gave a nod to his wife to enter politics. With a havoc-wrecking speed of a tornado, Grace Mugabe went about dismantling all the hierarchical structures that had sustained the revolutionary party even during some of its worst trying times.

At first, the generality of Zanu-PF hoped against hope that the old man would rein in his errant wife. But the reprimand never came and it dawned on most people (within and outside) Zanu-PF that in fact the wife had tacit approval of Mugabe himself.

Many, including ED, became objects of ridicule and scapegoating by Grace, and Mugabe showed an irritating Machiavellian politics indicating right while going left.

The greatest betrayal of all was when it became clear that Mugabe was no longer with his wartime comrades.

War veterans were the first to ring alarm bells, with Jabulani Sibanda warning that “succession” was not sexually transmitted.

It was too late. The venerated Mugabe had long metamorphosised into a very narrow, egoist and self-interested individual captured by a cabal calling itself the G40. It was a surreal experience for his wartime cadres, who had risked all to protect him during and after the war.

It became clear that Mugabe had given a sort of carte blanche to his wife to verbally lynch his comrades. Many will remember an interview Mugabe had with ZBC’s Tazzen Mandizvidza, where he praised his wife’s Meet the People rallies.

With time, it became clear that Mugabe and his wife had consummated a different trajectory for the revolutionary party.

Somebody must have sold the idea to him that his old wartime comrades were no longer a factor in the demographic election matrix.

Consumed by a false sense of his own immortality, Mugabe was eager to elevate his wife to the Presidium to secure his large estate.

Mugabe knew that his plan would be a hard sell as long as war veterans and his wartime colleagues like ED still had influence in Government and the party.

I sincerely believe that although the G40 cabal of Jonathan Moyo, Saviour Kasukuwere and Patrick Zhuwao was complicit in maligning cadres with liberation credentials, the real mastermind of the plan was Mugabe.

If truth be told, the venerated national hero had turned rogue when he started behaving as if Zanu-PF was his personal property.

He invited some youths to State House and coached them on how to malign his deputy.

He unleashed his wife on anyone who dared to challenge his plan.

Mugabe long turned rogue when he started giving self-glorification lectures including insinuating that ED was a nobody and that he was an unwilling guest to the liberation struggle.

Many will remember the Bindura rally where he used the most demeaning expressions to describe how ED joined him in Mozambique.

Mugabe long turned rogue when he gave tacit approval to the then national commissar Saviour Kasukuwere to expel people, including war veterans, who had raised a red flag over his weird behaviour.

He turned rogue when he failed to take heed of countless wise counsel from his own fellow African compatriots to retire.

The last straw was when Mugabe fired Mnangagwa for no apparent reason than the fact that his wife had been booed by a crowd that he suspected to have been sponsored by his deputy.

As if this was not enough, Mugabe is alleged to have issued a “fatwa” on General Chiwenga.

If truth be told, Mugabe has no one to blame but himself.

Where he got his wife might not be a problem as long as she had remained the backroom first lady we had long known her for.

It would have been no problem for her to enter politics as long as she had not introduced such uncouth tactics into the whole polity.

We may as well add that the notion that Mugabe was a pioneer of the struggle is not historically correct.

Mugabe needs to disabuse himself of the notion that he is the epitome of Zimbabwe’s Independence struggles. Far from it, Mugabe was initially a reluctant participant and thrust into leadership by default.

History reveals that Mugabe worked hard to undermine the Patriotic Front and Zipa, which he is now keen to resurrect as the National Patriotic Front.

Although Mugabe initially did well, it’s not an exaggeration that he betrayed the revolution through glaring leadership failures.

It is shame that a man so revered by many could be accused of owning 21 farms, when he publicly championed the one-man-one-farm policy. It is also shameful that a man whose ascendance to power was propelled by the military would wake and start deriding the same men and women as ignoramuses.

Those who know Mugabe from the struggle days attest to his condescending attitude towards combatants in Mozambique.

This explains his uneasy relationship with the late ZANLA commander Josiah Tongogara, his treacherous treatment of ZIPA commanders and his infamous Victoria Falls Zanu-PF Conference speech, where he castigated his own generals as politically unelectable individuals.

Yet if truth be told, it was the same cadres’ organisational capacity that sustained Mugabe’s rule for 37 years.