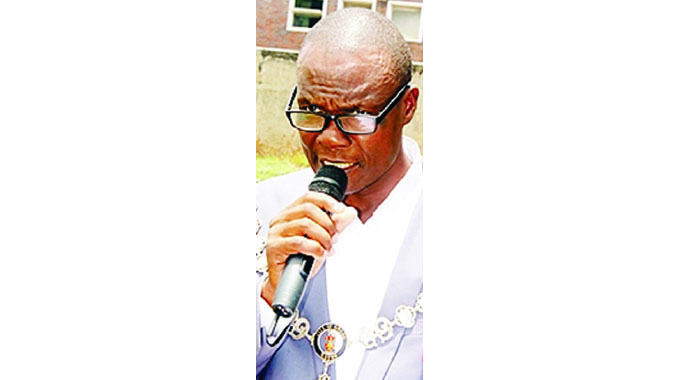 Nontobeko Mlotshwa, Sunday News Reporter
THE Tobacco Industry and Marketing Board (TIMB) has launched a probe to expose contractors who are ripping off farmers by manipulating the prices of the golden leaf.

The investigation came after TIMB realised that prices being paid to farmers by contractors were lower than those prevailing at the auction floors leaving farmers with little earnings from their sweat. TIMB chairman Dr Patrick Devenish said that the tobacco industry regulator has observed abnormality when it comes to selling and purchasing tobacco as contractors were allegedly looting tobacco in exchange for money that is not what the industry agreed on.

“We are following up those developments and after the completion of investigations we hope to resolve that anomaly as quickly as possible,” said Dr Devenish.

“In the past few weeks, I have seen a significant drop in contract prices compared to the auction ones, this is worrisome in that the majority of farmers are now contracted and they can’t service off their debts. This may result in some farmers losing their cattle, carts and other valuables when merchants move to recover their money,” said Mr Makombe.

Mr Mukombe said 95 percent of tobacco farmers were contracted by merchants and other private companies, who have the financial power to fund inputs and other critical raw materials. The majority of them are incurring severe losses as merchants would then deduct what they are owed at the point of sale of the golden leaf.

“The tobacco contractors have colluded on prices to ensure that farmers will languish in debt and will not be able to finish off debts.

Having seen that farmers were starting to gain ground, the merchant’s convened mid-April to start fixing the prices and from the early 20s of April the pricing started falling. At the beginning of the selling season, contracted tobacco was fetching an average price of US$2,40 per kilogramme (kg) while auctioned tobacco averaged US$2,15 per kg but last week, the price of contracted tobacco was pegged at US$2,60 per kg compared to US$2,66/kg for auctioned tobacco,” he said.

TIMB chief executive officer Mr Meanwell Gudu has also pledged to deal with foreign currency leakages in the production and marketing of the golden leaf.

“We have a situation whereby merchants are the ones who use foreign money to finance tobacco production and in the end, the economy does not benefit in full because export proceeds will be used to repay those loans. We are excited by the coming in of the Land Bank which we are hopeful will increase local funding of tobacco to 70 percent.

We are planning to take a bull by its horns as we want to push for the tobacco financing at Agriculture Finance Corporation to reduce the influence of merchants in the tobacco sector. This could see our farmers borrowing at a single-digit rate and improve production along the way,” said Mr Makombe.

He also urged farmers to not sell their produce to middlemen.

“The middlemen would say that the farmers will not have transport costs, floors charges and bank charges among other costs therefore we are encouraging our farmers not to go to middlemen but rather to use proper channels in purchasing and selling of the product because the illegal tobacco buyers are suffocating our industry,” he said.