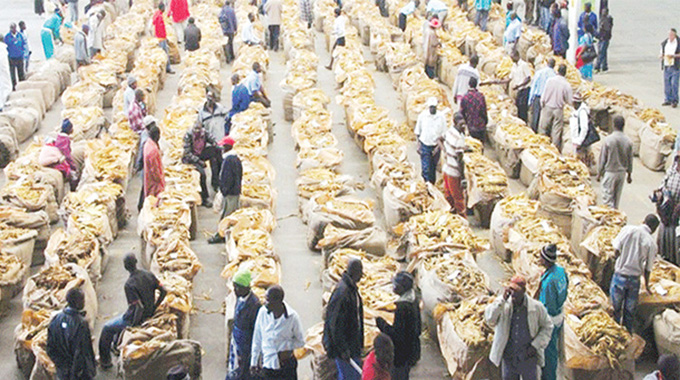 Tobacco is the country’s second largest export earner after gold.

Tobacco exports have so far earned the country US$763 million with more value-added tobacco in the form of cut rag and cut stems having been exported in 2020 compared to 2019, the Tobacco Industry and Marketing Board has revealed.

Global tobacco movements have not suffered much from the Covid-19 pandemic.

Zimbabwe exports its semi-processed tobacco to different destinations that include the Far East, European Union, Africa, Middle East, Europe, the Americas and Oceania.

“Global tobacco movements in the year 2020 have not been impacted significantly regardless of the global pandemic.

“More value-added tobacco in the form of cut rag and cut stems have been exported this year compared to 2019.

“The Far-East was the top destination for Zimbabwean tobacco as 33 percent of total exports were destined for China,” said TIMB in the latest weekly tobacco update.

Zimbabwe used to be a net exporter of tobacco, but some companies have sprouted and are now processing cigarettes locally and exporting the finished product.

TIMB has always been emphasising on developing good brands for the market.

Zimbabwe is producing cigar wrapper tobacco in Burma Valley and exporting it.

Tobacco production has been on the increase in Zimbabwe since the land reform programme.

More than 140 000 farmers now engage in tobacco production, while close to one million people are directly dependent on the golden leaf.

Tobacco generates 30 percent of the country’s foreign currency, bringing in over US$600 million annually.