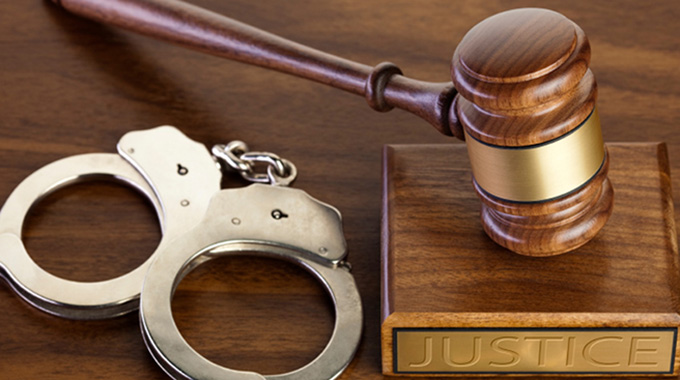 A SUSPECTED illegal fuel dealer operating in Harare has accused the officer-in-charge at Mabelreign Police Station of asking for part of the 1 000 litres of diesel confiscated from him during a raid, to buy his freedom.

Tongai Maminimini, who is appearing at the Harare Magistrates Court charged with selling petroleum without a licence and violating the Environmental Management Act (Control of Hazardous Substance), claimed that Chief Inspector Alec Chinyama asked for the fuel to earn his release.

Maminimini, who is represented by lawyer Mr Zorodzai Dumbura, raised the claim in his defence while denying that he deals in fuel.

He told Harare magistrate Mrs Babra Mateko that the diesel confiscated by police was for his commuter omnibus he hires out.

“The police stationed at Mabelreign Police Station came to his house in his absence and proceeded to break into his home, a cabin that is at his stand No.1207 Westgate, Harare,” said Maminimini in the defence prepared by Mr Dumbura.

“They then unlawfully confiscated his things namely 1 000 litres of drum (5x200litres drum of diesel), seven empty 200 litre metal drums, 7×25 empty plastic containers and they proceeded to their station. On the 5th he was informed by his neighbours what had happened.

“Early in the morning of 6th April 2021, he visited Mabelreign Police Station to enquire as to why they had acted in the manner they had. The Officer-in-Charge, one Chinyama suggested that he takes some of the fuel and release the accused.”

Mr Dumbura claimed that Maminimini pretended as if he wanted to go and think about the suggestion and went to Harare Central Police Station to lodge a complaint against Chief Insp Chinyama. The matter was reported under RRB15/2021. He claimed that it was against that background that the police decided to arrest him.

“A closer look at the charge sheet will show that the crime is alleged to have been committed on the 5th April 2021, but the Report Received Book (RRB) shows that the same report was entered on the 15th of April 2021 at 1540hrs,” said Mr Dumbura.

“All these statements were recorded on the 16th of April 2021. Further, there is no notice of search and seizure in the docket or any record of the things that were confiscated on the 5th of April 2021.”

The State led by Mrs Francesca Mukumbiri alleges that on April 5, Mabelreign police received information that there were people illegally selling fuel.

They allegedly raided the suspected fuel dealers where Trust Chikanza was arrested. Police proceeded to Maminimini’s place in Westgate where they confiscated fuel and later arrested him.

Maminimini is expected to appear in court on May 19 for trial continuation.