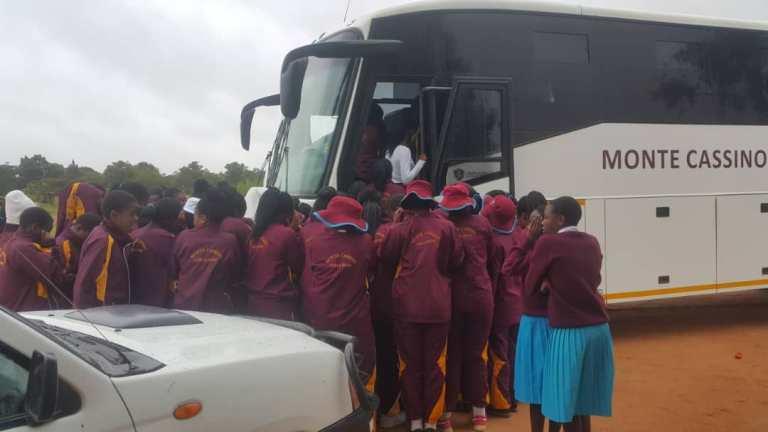 Students at Monte Cassino Girls High, an elite boarding school in Macheke, were sexually abused by teachers in incidents that date back months ago, according to a police report lodged by the girls on Friday.

When the Catholic-run boarding school — ranked among Zimbabwe’s top 10 schools in terms of pass rate and supported by the Precious Blood Sisters and the Benedictines — learned of sexual misconduct by teachers, it handled the improprieties internally and quietly rather than reporting them to police, the girls’ report lodged with the police said.

The sexually-violated girls, numbering 150 — miffed by the school authorities’ inaction — marched to Macheke Police Station, which is 6km away to file complaints of sexual abuse, corporal punishment, substandard food menu and verbal abuse by teachers.

Police spokesperson Paul Nyathi told the Daily News on Sunday the case is being handled by the Primary and Secondary Education ministry, and investigators have been sent to the school to look into specific criminal allegations.
Primary and Secondary Education ministry permanent secretary Tumisang Thabela told the Daily News on Sunday yesterday that she cannot comment at the moment and instructed the reporter to call after two hours.

She was not picking up her phone later.
Apart from the sexual abuse complaints levelled against the school teachers, the girls also accused the school of punishing pupils who did not pay for holiday lessons during the normal course of the term.
Macheke police reportedly invited officials from the district education office to address the pupils on the non-criminal aspects of their complaints.

The girls are said to have left the school premises at 4am and reached the police station before 6am to lodge their complaint.
The school authorities later sent the school bus to fetch the pupils, who left the police station just after midday.
This is not the first time teachers have been fingered in sexual abuse scandals as last year, a Fatima teacher in Lupane district was accused of indecently assaulting four deaf-blind pupils during an auditory training session, before raping them on separate occasions over a period of two months.

Another incident was also recorded this year in Marondera where a teacher was slapped with a 15-month jail term for fondling a Grade 6 pupil.