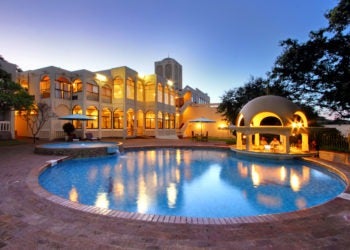 Tourism players have agreed to give workers a 115% cost of living adjustment to cushion them from prevailing economic hardships.

The agreement, signed on Tuesday between National Employment Tourism Council for the Tourism Industry and the employers in leisure, conservation and hunting tourism is with effect from August 1.

The memorandum reads: “The employer party and the employee party of the National Employment Council for the tourism industry have agreed to a cost of living adjustment of 115% on base salaries as was at February 2019, with effect from 1st of August to 30 November,”

The arrangement only applies to grade 1 to 12 workers, not senior managers.

In sector 2, which covers conservation and agriculture, the lowest paid workers now earns a basic salary of $128 plus a cost of living allowance of $142,72 and no transport and housing allowance.

In sector 1b (hunting) the lowest paid earns a basic salary of $222 while the highest pockets $286.

Housing and transport allowance was increased from $40 to $80, while transport was also doubled from $50; this is only applicable to sector 1 (non-consumptive sector dealing with a majority of tour activities) and sector 1b.

In sector 1 the highest paid worker will earn $1 106,37 including cost of living, transport, lights, housing and fuel allowance. Fuel and lights allowance were also increased from $10,48 to $30.

Tourism workers had been in negotiations with their employers for an increase of 320%.