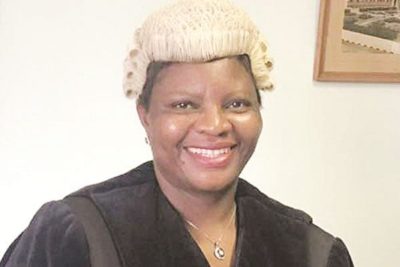 SUSPENDED Gweru town clerk Elizabeth Gwatipedza is in the eye of a storm after an audit showed that she bought herself a mobile phone and a laptop for $150 000 using council funds.

Gwatipedza was suspended last year and is also facing disciplinary action over several allegations of criminal abuse of office.

According to the audit, in September 2019, she bought a latest premium laptop with its operating system for $107 200 and a Huawei mobile phone valued at $42 000 using the council’s funds despite having bought another state-of-the-art laptop the previous year.

Gwatipedza allegedly acquired the items without the advice of the acting procurement manager, one Muumbe, who was reportedly well-versed with procurement regulations.

The audit also showed that Gwatipedza inflated the figures on the procurement of 5 000-litre and 10 000-litre water tanks.

Gwatipedza is accused of violating the procurement procedures through direct procurement instead of inviting bids.

According to the audit, the acting procurement manager Muumbe allegedly accepted a letter seeking a top-up of $6 320 to pay for a suspicious company which had been paid earlier with the documents not dated.

It is alleged the finance department proceeded to make the payment without questioning the identity of that company.

Gwatipedza is also accused of purchasing 18 000 litres of diesel from PetroTrade for $131 350 on July 18 last year and PetroTrade delivered only 4 965 litres as at August 18, 2019 due to the shortage of trucks to carry the fuel.

It is alleged the council was taxed by PetroTrade on the price variation of the commodity and the council ended up losing $221 188 for the uncollected diesel.

Gwatipedza is also accused of buying a four-plate stove and leather sofas at TN Harlequin Luxaire company in December 2017 for US$4 173 using council funds and again on July 16 last year, she bought another pair of sofas worth $20 999 also using council funds.

The suspended Gweru town clerk had not been attending her disciplinary hearings until recently.

She also faces a disciplinary charge of not following procurement procedure after she acquired a Toyota Land Cruiser Prado outside the Cabinet approval limit.

According to the allegations, Gweru council sought Cabinet approval to purchase a Toyota Land Cruiser Prado for US$135 000.

After the Cabinet approval had been sought, Gwatipedza then influenced chamber secretary Vakai Chikwekwe and acting finance director, one O Masimba to pay an upward variation of the vehicle of US$176 357 to the supplier of the vehicle outside Cabinet authority.

She is also accused of ordering a council driver to chauffeur her daughter to Chinhoyi University of Technology using council vehicle and fuel, where she was graduating.

The issue only came to light when the driver approached the finance director for travel and subsistence allowances.

Gwatipedza is also accused of contracting a garbage collector, Ndabezihle Ncube, without following due process.

It is also alleged council paid a total US$92 000 for a blackhoe loader after she misrepresented that it was new.