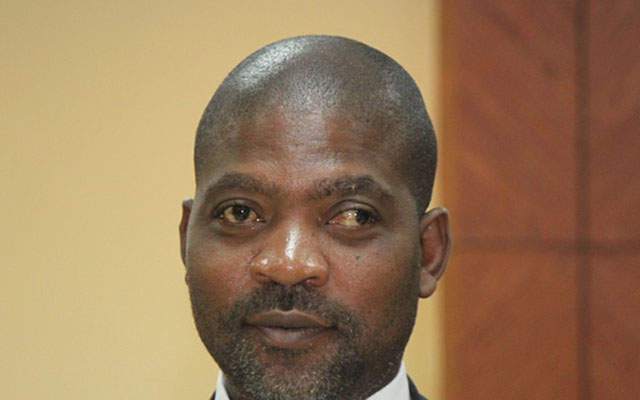 Lovemore Kadzura Rusape Correspondent
MUTARE town clerk Joshua Maligwa, who is facing charges of criminal abuse of duty when he was Rusape town secretary, was yesterday granted $300 bail when he appeared before a magistrate together with housing director Laurence Mushayabasa.

A weary looking Maligwa (46) and Mushayabasa (47), who are being represented by Mr Ashel Mutungura and Mr Taurai Khupe, were not asked to plead by Rusape provincial magistrate Mr Shane Kubonera, who rolled over the matter to January 26.

The State represented by Rusape District prosecutor Mr Tirivanhu Mutyasira consented to bail and Mr Kubonera ruled that Maligwa and Mushayabasa deposit $300 each, surrender their passports and reside at their given addresses.

They were also ordered not to interfere with State witnesses – Rusape town employees and councillors.

Mr Mutyasira told the court that Maligwa and Mushayabasa violated Section 74 (1) (a) of the Criminal Law Codification and Reform Act Chapter 9.23 that makes it criminal for public officers to abuse their offices and duties.

He said they both defied a full council resolution and went on to subdivide Mr Raymond Marova’s stands without the blessing of council, and Maligwa bought one of the subdivided stands.

“On 30 July 2015, a regular full council meeting noted that Opleeves Investments industrial stands were within 70 metres of road servitudes contrary to General Notice 466-2004, which prohibits new developments along the Harare–Mutare Highway, within 70 metres from either sides of the road,” said Mr Mutyasira.

“In view of the General Notice, council through resolution FCO7/07/15, resolved to re-plan the stands belonging to Opleeves Investments so that they do not encroach into the servitudes.

“Maligwa, acting in concert with Mushayabasa, who was the town planner, subdivided the piece of land into smaller units for commercial purposes contrary to council resolution FC07/07/15 dated 30 July 2015.

“On 5 March 2017, Maligwa advertised the sale of commercial stands on the subdivided piece of land owned by Opleeves Investments in The Sunday Mail dated 5 March 2017 and prospective buyers responded to the advert.

“Sometime in 2017 Mushayabasa, acting in common purpose with Maligwa, sold the subdivided piece of land to individuals and companies, well knowing that the land belongs to Opleeves Investments.