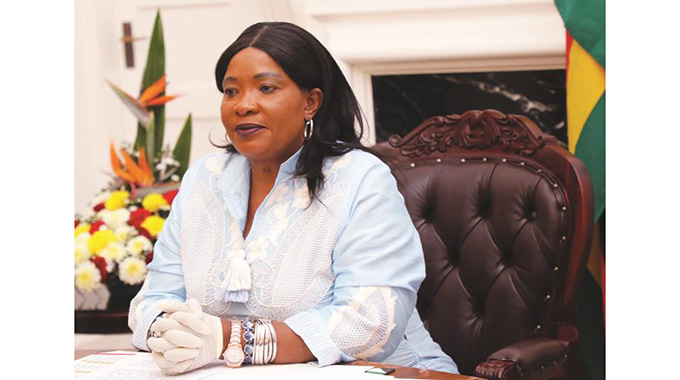 MANICALAND traditional leaders have started setting up counselling stations for girls and boys in their areas of jurisdiction in line with First Lady Auxillia Mnangagwa’s recommendation to revert to the traditional way of life to curb juvenile delinquency, immorality and lack of respect among youths.

This comes at a time when newspapers, radio stations and social media are awash with stories, audios and videos of schoolchildren performing despicable acts.

The First Lady met chiefs’ wives, headmen and spouses of headmen in Mutare at the weekend where she attributed some of the challenges in today’s youths to the abandonment of the country’s traditional way of life.

Traditionally, girls used to have a “Nhanga” concept where they sat down with aunties, grandmothers and other people of high social standing to be imparted with knowledge on how to achieve good health, self-sufficiency and morality.

Boys also met with their uncles at the “dare” where they were imparted with knowledge on how to care for the family, solve disputes amicably and live peacefully with others.

And these are the issues the First Lady and the traditional leaders have fully embraced and are working hard to achieve.

They also agreed that the chief’s spouses would revive the “nhanga” while chiefs carry on “Dare” sessions.

Chairwoman for chief’s spouses in Manicaland, Mrs Tsitsi Makumbe said as per their meeting’s resolutions, they would also extend an invitation to the First Lady to assess the counselling sessions.

Mrs Makumbe praised the First Lady for her vision.

“I wish to thank the First Lady for her vision of uplifting our country’s moral values through reverting to our traditional way of life. This will largely benefit our sons and daughters of today who are somehow getting lost.

“The First Lady came to Manicaland and we had an interactive session where we agreed in the end that we set up the Nhanga to sit down our daughters where aunties and grandmothers impart in them the tenets of being humane. Chiefs will follow suit through sitting boys down and teaching them humility, and dressing other issues so that we return to our traditional values,” she said.

The First Lady has a passion for the preservation of the country’s culture, norms and values as seen through her programmes of caring for the elderly, widows and other vulnerable members of the community.