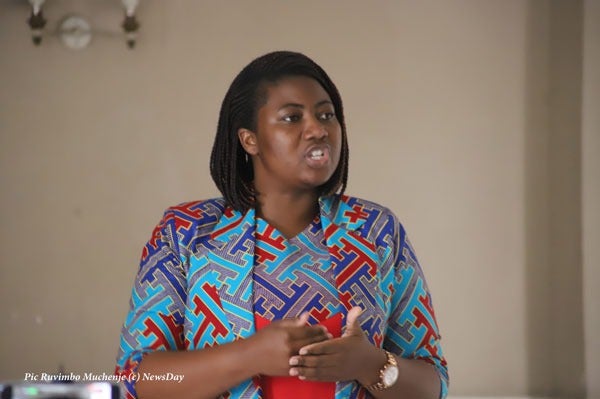 The three separately face charges of trying to subvert a constitutional government after they allegedly posted videos inviting the public to participate in a demonstration against fuel price hikes.

Mamombe’s application was dismissed by magistrate Barbara Mateko, who ruled that her application was misplaced as she has been on remand for only four months and could not allege that there is an ordinate delay.

Mamombe had argued that the State was taking long to provide her with a trial date, saying continuously keeping her on remand prejudiced her since she had missed opportunities to travel on business due to the tough bail conditions.

The legislator, through her lawyer Jeremiah Bhamu, had accused the State of deliberately delaying trial, saying the charges emanate from a video and the State could not take three months to investigate evidence on a video.

After dismissing the application, Mateko postponed the matter to July 23.

The two stand accused of trying to subvert a constitutional government after they also posted videos online allegedly inciting the public to stay away from work on January 14 and 16.

Kufa also ruled that she has no jurisdiction to try the case as treason charges are handled at the High Court after the National Prosecution Authority erroneously referred their matter for trial at the regional court.

In her ruling, Kufa noted that all parties consented to referral of the matter to a regional court despite that the court has no jurisdiction to try the matter, saying the matter cannot be admitted to her court for trial.

The magistrate also said a five-month delay does not constitute inordinate delay in trying Mawarire and Mutasa, adding that any prejudice suffered by the accused could be cured through variation of bail conditions.

Kufa then referred the docket back to the remand court and the matter was remanded to July 9. Mutasa’s lawyer Bhamu successfully applied for variation of bail conditions and the ZCTU leader will now report once every month, from once every fortnight.