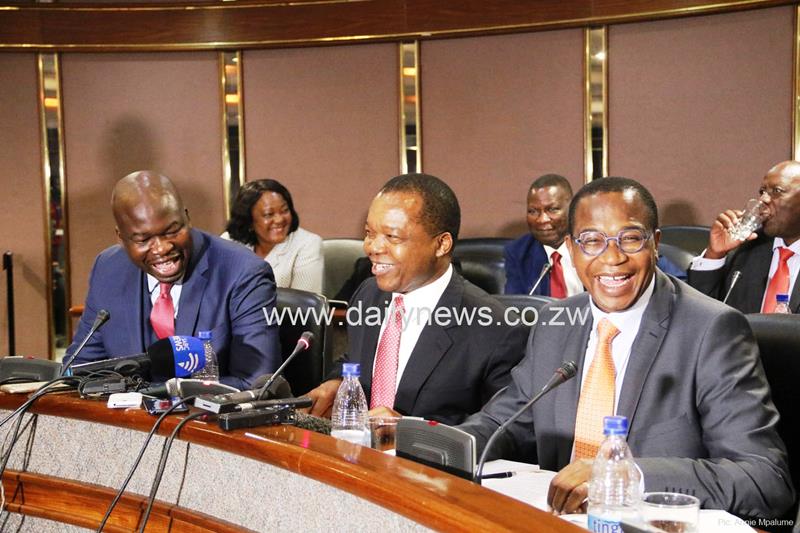 HARARE – Finance minister Mthuli Ncube has refused to relax non-taxable income thresholds to $400 saying Treasury needs every penny it can raise to respond to the tough budgetary environment.

But during debate on the Finance Bill, lawmakers felt that the threshold should be relaxed further to $400 in view of the soaring cost of living.

Responding to concerns from the Members of Parliament, Ncube said to finance the 2019 budget Treasury would need every cent it can raise to avoid running the risk of incurring a deficit whose financing crowds out the private sector.

“The thing is like this, we have just increased the budget for Parliament as an example; all this re-organisation and so forth in a tough budgetary environment requires us to raise every cent that we can and I believe that at $350 we have done quite a bit in making sure that we respond to the pro-poor character of the budget,” Ncube said.

“Also at the upper end we decided that taxes were too punitive and we dropped that to 45 percent. We tried our best to make sure we limit the impact of the tax at both ends of the income spectrum. So, I would like to submit that we maintain things as they are. It is not an easy year, it is a tough year in terms of revenue raising and expenditure containment. So, let us keep it as it is, through you Mr Chairman.”

Dzivarasekwa MP Edwin Mushoriwa had been the first to implore on the Finance minister to revise the non-taxable income component to $400 per month to make life easy for those in the low-income bracket.

Kambuzuma MP Willias Madzimure had also joined the chorus, calling on Ncube to be more considerate.

“It is true that even the person who is to earn $600, in real terms it is now around $180 or $200. So, I think the tax free, the threshold must be raised. Even the domestic workers, as we approach 2019, the majority of domestic workers are now going to earn around $400 because if you give anyone $200 it is actually $70 in real terms because of the inflation. The real inflation is not what we look at as 31 percent, it is not true, it is around 100 to 150 percent,” Madzimure said.

Harare East lawmaker Tendai Biti added his voice to the debate, saying Zimbabwe has entered into another spiral of inflation, which borders on hyperinflation.

“If you recall honourable chairperson in the hyperinflationary days, those of us who are employers, we started making salary increases of once a month; once a week, until we got to a stage where we were paying employees through Baccosi. You would look for cooking fat for them; you look for rice for them; you look for mealie-meal and we ended up paying employees using Redan fuel coupons.”

Biti said it is time to “grab the bull by the horns.”

“So tampering with tax brackets is tagging, moving the furniture on the deck whilst the titanic is sinking.  We need to be bold and simply re-dollarise this economy.”

Responding to Biti, Ncube said the timing was not right for full dollarisation.

“I do not think that we can do that at the moment; the fundamentals will not allow for a policy shift at the moment. We just have to be very careful how we manage this going forward. We are fully aware of what is going on in the economy absolutely, but also we recognise his sympathy for the poorer members of our society but I do not think we are ready to move to a fully dollarised economy.

“What we are doing, as I explained before, is making sure we deal with the budget deficit so that it ceases to be a contributor to the growth and money supply, inflation and volatility in the premium to the exchange rate. By so doing, we are creating the right conditions; the foundation for full monetary policy and full currency reform in the future and we are making progress in that direction,” said the Finance minister.