‘Troika is a feather in the cap for Zim’

Source: ‘Troika is a feather in the cap for Zim’ | Sunday Mail (Local News) 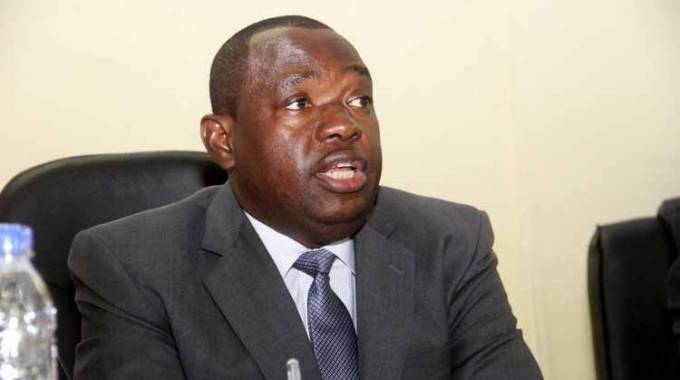 FOREIGN Affairs and International Trade Minister Dr Sibusiso Moyo was in Lusaka, Zambia, where he attended the 21st Meeting of the Ministerial Committee on the Sadc Organ on Politics, Defence and Security Co-operation — commonly known as Organ Troika — ahead of President Mnangagwa’s assumption of the chairmanship of the Organ Troika at the annual summit in Dar es Salaam, Tanzania, next month. Zimpapers Editor-at-Large Caesar Zvayi caught up with Dr Moyo to discuss, among other things, the significance and implications of Zimbabwe’s chairpersonship and the issues the President is likely to find in his in-tray.

Q: President Mnangagwa will be assuming chairmanship of the Organ on Politics, Defence and Security Co-operation at the 39th Sadc Summit in Dar es Salaam next month. What does this mean for Zimbabwe?

A: This means confidence on the part of Zimbabwe by the Sadc region. It means faith in Zimbabwe and Zimbabweans and above all confidence in and indications of stability in Zimbabwe, which is going to be able to take a leadership role in peace and security matters in the region. So it is not a mean responsibility. It means the democracy of the country has matured to an extent that we are now going to have a responsibility as Zimbabwe of oversight, oversight of all the elections which are going to be taking place in the region, and there is quite a lot of them packed from October going forward.

Q: So in a way this can be taken to be a message to the opposition MDC-Alliance which claims that Zimbabwe has a crisis of legitimacy and should be on the agenda of Sadc?

A: Indeed, correct. In fact theirs (MDC-A) is an old record which has got no relevance in the discourse of Zimbabwe. The confidence which has been accorded Zimbabwe by member states to take a leadership role in the Organ means in fact the issue of legitimacy is dead and buried; in fact it died a long time ago, that is why it cannot be recycled as an issue for political relevance and expediency.

Q: You have just come from the 21st Meeting of the Ministerial Committee of the Organ on Politics, Defence and Security Co-operation, can you give an overview of deliberations that you had?

A: We had very candid deliberations on the peace and security of the region. We made a survey of the peace and security situation and, in fact, we focused on hotspots which particularly, to all intents and purposes, is Lesotho. We were very happy as we deliberated that Sadc has matured as a democracy in that it has held elections in South Africa; DRC had a peaceful transfer of power and even Zimbabwe itself was commended for very excellent, free and fair elections, and many other countries which have gone through this process.

So the real issue is that we, as the MCO (Ministerial Committee of the Organ), have the responsibility to ensure that there is peace and security in the region in order to give way to industrialisation and economic development because without peace and stability, there can never be any development. So this is the major function of the MCO, and you recall that Zimbabwe is a founding member of the Organ and for many years we headed the Organ, so this is not going to be the first time that Zimbabwe is going to take leadership of the Organ on Politics, Defence and Security Co-operation.

We also then made an introspection of a number of issues in ourselves, ranging from defence and diplomacy, public security, state security and many other issues which are to do with the governance of the institution itself, or the august body itself.

We congratulated Zambia for having steered this process for the past year, and everybody was jubilating that Zimbabwe is once again taking leadership of the Organ on Politics, Defence and Security.

Q: So Sadc reiterated their endorsement of the harmonised elections?

A: Yes, they congratulated Zimbabwe for having held free and fair elections.

Q: Can you give an overview of the issues President Mnangagwa is likely to find in the in-tray?

A: There are a few issues which obviously are going to remain on the President’s desk. Firstly, it is the issue of Lesotho itself, and we believe that the issue of Lesotho, the reforms they are supposed to have taken — while we commend Lesotho — they have been slow.

Sadc only has an oversight committee whose responsibility has been early warning, and they have got no further mandate, so we think that it is critical that we enhance the capability of a body which should assist Lesotho to implement the reforms which have been agreed upon within Sadc. We have South Africa as a facilitator, we thought that we should then have a mediator, a mediation committee so that we can then have some kind of better mandate to push the process because member states have been paying for a committee which has just been an early warning system.

Q: Central to the peace and security situation in the region is the issue of external interference in the domestic affairs of member states; does the Organ have a position on this?

A: The Organ has a very unambiguous position, right from its inception. In fact that was the main “mischief” behind the formation of Sadc, that it was going to determine its own issues and make its own decisions on issues to do with politics, defence and security, and that it did not want to entertain any external interference like what would happen in the general Sadc economics. So this is a body which has been consistent and persistent in dealing with its own issues, and we think that as a regional body, we have been probably the most capable body in handling issues within member states. We think that we should remain so and that we should not allow foreign interference in our political affairs.

Q: Zimbabwe assumes the chair in the wake of the devastating Cyclone Idai that affected some countries in the region amid projections that with global warming, more cyclones are going to be hitting the region, are there any plans in the Organ to work towards mitigating such threats?

A: Indeed, as you might be aware that for some time now there has been a Sadc Standby Force, and that Standby Force has been focused on dealing with what I would call “hard threats”, which are more of peacekeeping, enforcement and other issues, but we had not been prepared or configured to develop capabilities to deal with certain, contemporary threats which I would call “soft threats” which are prevailing in the region as a result of global warming, things like Cyclone Idai, droughts and many other issues like diseases and so forth, so we need to reconfigure the Sadc Standby Force’s capabilities and build up resources and personnel and structures which should be able to quickly react to regional disasters like Cyclone Idai, and we would also expect that while we do that we need to streamline the Command and Control of the disaster capability both in member countries and also at regional level.

In many countries, the main active ingredient of any response has been the military and such responses have been normally placed under the defence ministry. We need to re-look at that particular scenario so that it can be re-streamlined, training can be done and we will know that the Sadc Standby Force is both for humanitarian and for even hard threats.

Q: You have been on a re-engagement drive since assuming office, while the opposition has been working at cross-purposes trying to paint both the country and Government as pariahs, has this impacted on your work?

A: Not at all, in fact the opposition continues to peddle stories which they hope will impede the progress which we are making; in fact they are realising that we are making breakthroughs and as we make breakthroughs, they try to disrupt that particular focus and perception. It is unfortunate that these are our colleagues, Zimbabweans, who I believe wish the best for their people unless otherwise.

If you wish the best for your people, why don’t you support the re-engagement process which is going to reposition Zimbabwe in the family of nations?

Why don’t you actually contribute meaningfully to the issues of re-engagement so that we can say as Zimbabweans, all of us, we don’t want this isolation, it is detrimental to the lives of our people?

If you are then going to try to throw spanners in the works of a progressive effort which is being done, unfortunately you only remain isolated yourself as the world goes on. Zimbabwe is moving and it will not stop in its reforms and its quest to re-engage and re-affirm with old friends and re-engage with those who were seeing us as not very close to them.

Q: Finally your message to Zimbabweans in the Diaspora, a few of whom were mobilised to harass your delegation in London, when they should be ambassadors for Zimbabwe out there?

A: Well, it’s a pity that those are Zimbabweans, they appeared to be representatives of a specific political party and they only demonstrated the character and nature of their principal political party such that in a foreign land you always dance at Zimbabwe House, in a foreign land you are pre-occupied with such kinds of activities. It is very unfortunate, they must come back and we work together so that we can build the country.