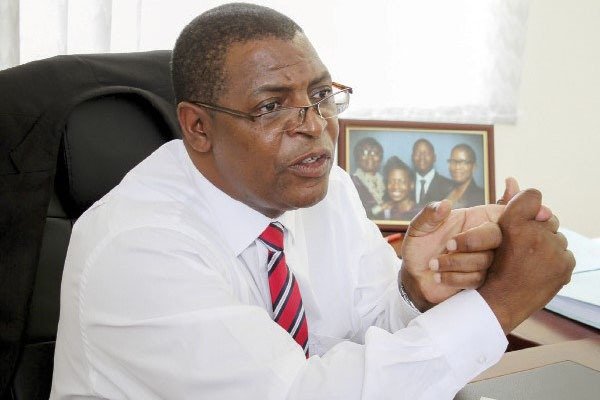 Ncube was MDC’s founding secretary-general, with Tsvangirai as president in 1999. Speaking on the side-lines of the MDC Mashonaland West provincial caucus meeting on Tuesday, Ncube said he was told to help Chamisa fight the “junta regime”.

“The most important thing is that when president Tsvangirai was to pass on, he specifically and entrusted me with the responsibility of assisting president Chamisa in the struggle against the junta regime that we have in Zimbabwe today. I promised him in the presence of Chamisa that I will do all I can” Ncube said.

“Our people believe that we are an inclusive country. We are a tolerant party, we must select and elect people who will honestly and properly assist the president in his task, so there is absolutely no risk of that happening,” he said.

Another VP candidate, Tendai Biti said he was going to bring back the tenacity lacking in the presidium.

“We want our party to have leaders who can stand up to (President) Emmerson Mnangagwa and his illegitimate government and to make sure that there is change in Zimbabwe and Nelson Chamisa is the next President of the country,” Biti said.

Job Sikhala, who is vying for the deputy chairman’s position, said his first task was to bring sanity by instilling discipline among party cadres.

“There is a lot of indiscipline within the party and it needs a person who has a legal knowledge and a legal background, which I believe I have,” Sikhala said.

Incumbent party, secretary-general Douglas Mwonzora forewarned his detractors of yet another shocker when he retains the position at the congress in Gweru next week.

The lawyer-turned politician said he was no push-over as his history has testimonies of victories.

“I have been arrested by this government 34 times and have won 34 times,” Mwonzora boasted.

He said he was confident of a clean sweep at the congress polls.

“I command respect and support of the people, because they know what I stand for. I stand for the truth, I stand for constitutionalism and what is right. I’m not afraid to criticise powerful people within and outside MDC,” Mwonzora said.

He said he went into the 2014 congress with a single nomination, but pulled the rug off the then organising secretary Chamisa to land the secretary-general position.

“This time around, again, Mashonaland West did not nominate me, but I command a lot of support in 15 districts (out of 22),” he said.

The secretary-general took a dig at his main contender, Chalton Hwende, describing him as an “absentee leader” domiciled in Namibia.

“He is a candidate who seeks exile and runs away when youths are arrested. I’ve been arrested numerous times and I am not afraid of prison,” he said.