Cecil Hondo Madondo (60) who was also the Corporate Rescue Practitioner of Redwing Mining Company after being appointed by the High Court appeared before magistrate Ngoni Nduna who remanded him to February the 4th for bail ruling.

Allegations are that during the month of July last year, Redwing Mine situated in Penhalonga, Mutare was placed under care and maintenance of Madondo after being appointed by the High Court. It is alleged that on October 15 last year, Madondo allegedly misrepresented to the complainant Patricia Mutombgwera and Grant Chitate that he had given Probadek Investment owned by Mutombgwera exclusively mining rights in respect of Redwing Mine covering 132 gold mining blocks, 8 copper mining blocks and any other mining claims belonging to Redwing Mine. 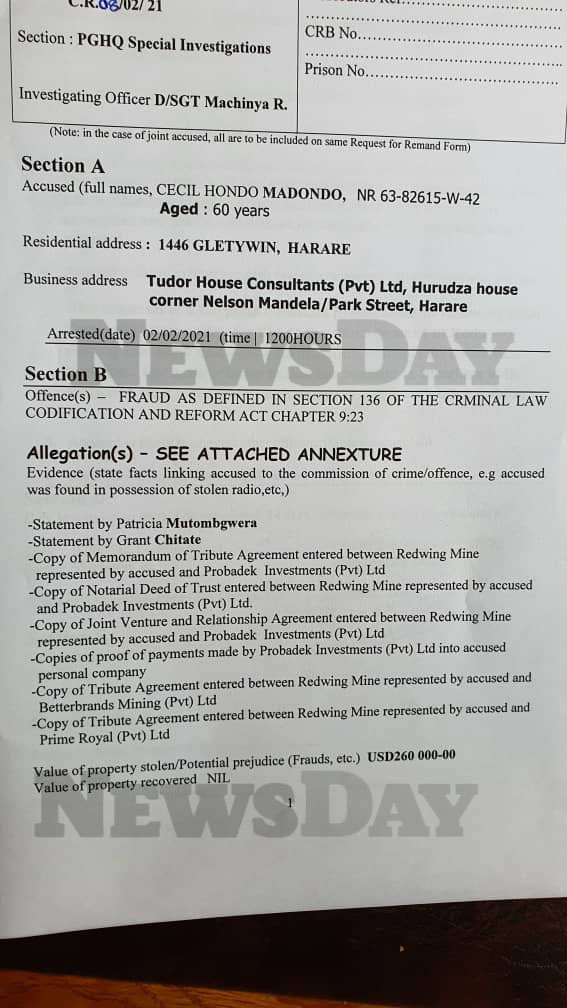 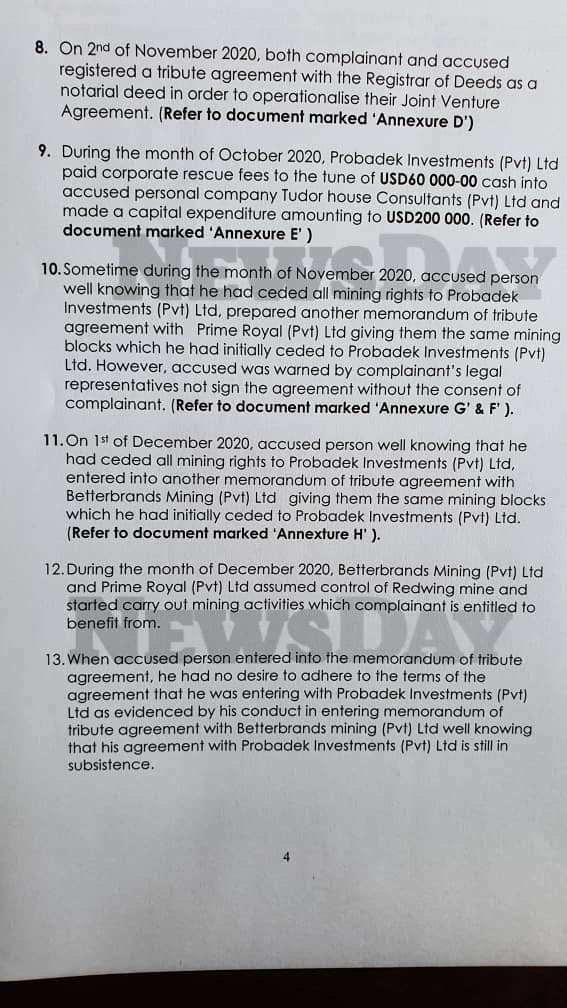 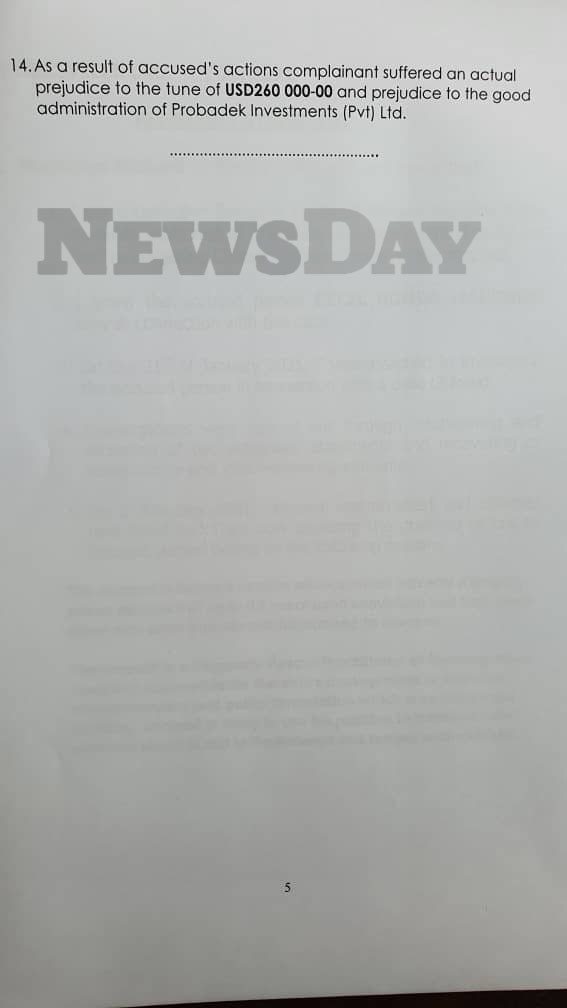 It is alleged on the same day Mutombgwera and Chitate acting on misrepresentation signed a joint venture and Relationship Agreement with Madondo representing Redwing Mine.

On October 30, Mutombgwera and Chitate again acting on misrepresentation entered into and signed an agreement with Redwing Mining Company represented by Madondo believing that their company Probadek Investments had secured exclusive rights to invest in Redwing Mining.

It is alleged that in November both complainant and accused registered a tribute agreement with the Registrar of Deeds as an agreement. In October the complainant through Probadek paid US$60 000 cash into Madondo personal company Tudor House consultants and made capital expenditure of US$200 000.

It is alleged that in December Betterbrands Mining was given the same mining blocks. In the same month Betterbrands and Prime Royal assumed control of Redwing and started to carry out mining activities.

The State alleges as a result of Madondo’s actions the complainant suffered a prejudice of US$260 000 and nothing was recovered.