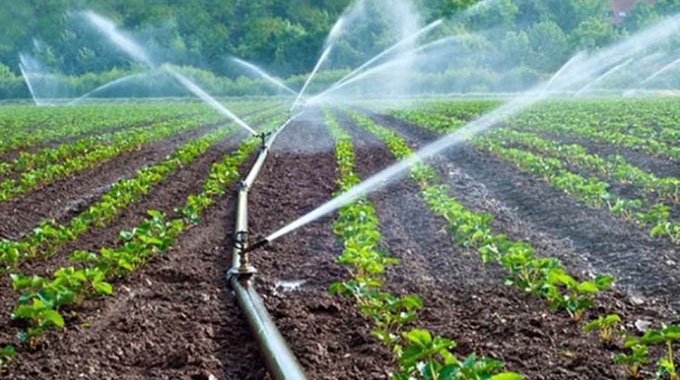 Martin Kadzere
The development of Tugwi Mukosi irrigation master plan, being spearheaded by the Infrastructure Development Bank of Zimbabwe (IDBZ), has resumed after the bank obtained foreign currency to pay a South African firm carrying out the study.

IDBZ, the State-owned financial institution contracted MBB Consultant of South Africa to carry out the study, but progress had stalled due to foreign currency challenges.

It estimated the dam, which has the capacity of 1,8 billion litres of water, and the largest inland dam will sustainably irrigate an additional 25 000 hectares of land in the country.

Tugwi Mukosi was commissioned in 2017 amid high expectations it was going to spur irrigation development in the south of the country, particularly sugar cane production and winter maize.

“The purpose of the study is to identify land, which can be irrigated, the type of irrigation infrastructure, types of crops as well as types of soil,” IDBZ chief executive Mr Thomas Zondo Sakala said.

“We recently obtained foreign currency and the consultant is back in the field.”

A similar study was done in the early 90s by a French company, but there has been a lot of developments since then including changes in settlements following the land reform programme.

The previous study had also not done enough studies on soils and climate change-related matters.

Construction of the dam began in April 1998 and was suspended a year later due to funding constraints. The project then went through a stop-start process until 2017.

The Government-funded the construction of the massive dam from its own resources through the Public Sector Investment Programme, being allocations from the National Budget. Since 2001, the Government has spent nearly US$300 million.

The land that could be irrigated by the dam stretches as far as the Hippo Valley Estates in the Lowveld to the eastern parts of the province and down the Runde River to the south.

This would cover both commercial farming and communal farmland. While the main economic value will be derived from its use for irrigation, the dam will also provide opportunities in tourism, power generation, and ethanol production.

New irrigation schemes, a mini-hydropower plant, hospitality and recreational facilities, a game park, fisheries and crocodile farms will be developed.

Some of the overlapping benefits will include the upgrading of the Buffalo Range airport as well as improvement in the livelihoods of the local communities through the creation of jobs.

There would also be broader participation of the locals in agriculture.

The Office of the President and Cabinet is, on the other hand, coordinating the development on an overall investment plan by an inter-ministerial committee chaired by the Local Government, Public Works and National Housing ministry.

Due to challenges caused by climate change, rain-fed agriculture is no longer reliable, calling for authorities to prioritise irrigation.

The country is endowed with many man-made water bodies but very little has been achieved and year in year out Government has been expending millions in foreign currency importing maize from as far afield as Brazil and other cereals from  Russia.