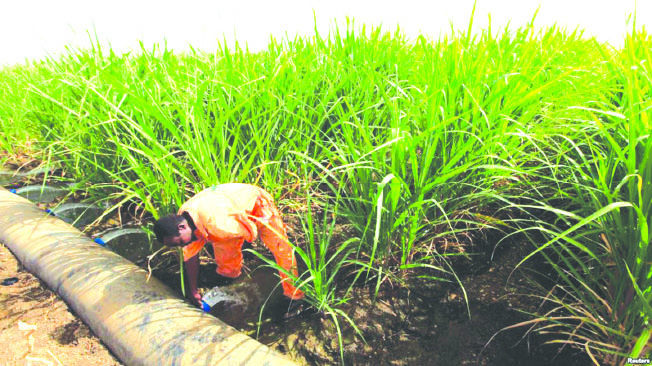 SUGAR producer Hippo Valley Estates Limited is bullish about the near-term prospects for the local sugar industry after seeing Zimbabwe’s largest inland water body, Tugwi-Mukosi Dam, spill for the first time since its commissioning in May 2017.

Lake Mutirikwi is now holding just over half its capacity.

However, inflows into the 1,8 billion cubic metre reservoir augurs well for the Government’s plan to open up more irrigated land for food and cash crop production.

Tugwi-Mukosi Dam was initially expected to irrigate 25 000 hectares, but advances in technology saw the figure being revised to more than 40 000ha.

The Zimbabwe National Water Authority (ZINWA) estimates that the current annual demand for irrigation in the Lowveld stands at 500 000 megalitres.

It is believed the usable volume of water in the dam can supply the Lowveld for three seasons.

“With Tugwi-Mukosi Dam spilling for the first time since its commissioning in May 2017 and Lake Mutirikwi at over 60 percent of its capacity, 75 percent of the sugar industry’s irrigated cane area is adequately covered for at least three seasons,” Hippo Valley said.

About 80 percent of Zimbabwe’s sugarcane crop (for ethanol and sugar) is produced by two large estates — Triangle Sugar Estates and Hippo Valley Estates.

The sugar producing giant said with the rainy season forecast to continue until next month, Lake Mutirikwi was likely to impound more water, thereby further improving water security for the industry.

Since its commissioning, water levels in Tugwi-Mukosi only managed to reach 72,4 percent of the dam’s capacity.

Using water from the dam will lessen the burden on Lake Mutirikwi, which last spilled in 2008.

“As a consequence, total industry sugar production for the forthcoming 2021/2022 production season is forecast to increase . . .” Hippo Valley added.

However, efforts to maximise sugar production through improving yields on Hippo Valley-owned fields as well as private farmers are ongoing.

Hippo Valley said special focus will be on strategic partnerships to rehabilitate all derelict and low-yielding private farmer land to above the break-even yield of 70 tonnes per hectare.

Hippo also said work on the 4 000 hectares cane development project — Project  Kilimanjaro — was progressing well and was being jointly undertaken by the company in partnership with Triangle Limited, Government and local banks.

The initiative has already seen a total of 2 700 hectares of virgin land being cleared.

Five hundred and sixty-two (562) hectares were planted a year earlier.

Government has also assured the company of security of tenure at the firm’s vast estates.

This will be done through a 99-year lease for Hippo Valley North (23 979 ha) whilst maintaining freehold title on Hippo Valley South (16 433 ha).