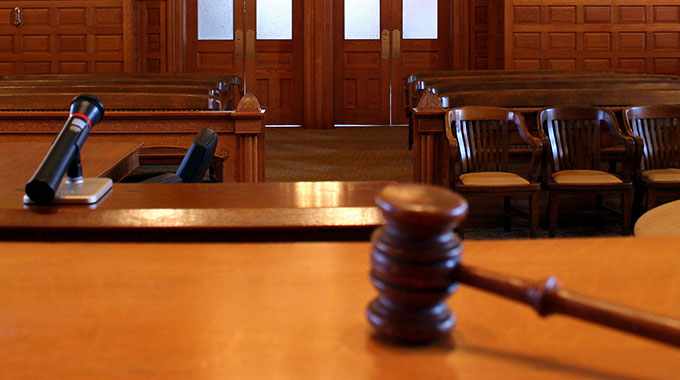 Deputy director Valuation and State Management in the Ministry of Lands, Agriculture, Fisheries, Water and Rural Settlement Joyce Pazvakavambwa, who is facing fresh charges of granting title deeds to land worth nearly US$4 million in northern Harare without the necessary conditions or authority, was yesterday freed on $30 000 bail.

Pazvakavambwa, who is appearing in the same court for allegedly facilitating the sale of a low density residential stand in Harare to a then eight-year-old for US$65 in 2008, jointly appeared with Lazarus Chimba on criminal abuse of office charges.

Chimba was the deputy director, valuation and estate management in the Ministry of Local Government in 2008, when the offence was allegedly committed. He was also released on $30 000 bail.

The duo was not asked to plead to the charges when they appeared before Harare regional magistrate Mr Stanford Mambanje who remanded them to July 6.

Pazvakavambwa was the chief valuations officer in the then Ministry of Local Government, Public Works and Urban Development responsible for proper administration and validation of deeds of grant and transfer of title deeds in 2008.

The State led by Mr Malvin Mapako alleges that on September 13, 2007, the Ministry entered into a partnership agreement with Sally Mugabe Heights Housing Co-operative for the development of residential stands ranging from 1 000 to 2 000 square metres on Arcorn Farm in northeast Harare.

Datronics (Pvt) Ltd was selected as the developer and required to facilitate title surveys, engineering design plans, road construction, provision of storm water drainage, water and electricity reticulation to standards approved by Harare City Council and Zesa. This when done would have ensured that all stands on the scheme were properly serviced.

The Ministry was mandated to provide land at intrinsic value, facilitate title survey and issue title deeds in the deal.

The State noted that the Ministry set aside 319 residential stands as security to the developer to recover money in the event that some of the eventual buyers failed to pay the full cost of servicing the stands.

These 319 stands were in the custody of the Ministry of Local Government and were to be transferred to Datronics when all was complete.

In early 2008, Datronics wrote to the State Lands Section, asking to be allocated residential stands to use as collateral at NDH Bank when it borrowed money for servicing the land.

Upon receiving the request from Datronics, Mr Happiness Masaraure, an administration clerk at the State Lands Office, sought guidance from Chimba and asked whether he could give Datronics free grants of the stands. According to the State, free grants are only given under special circumstances by the Local Government Minister in liaison with the President.

Chimba allegedly advised Mr Masaraure to follow the same procedure that was used at Carrick Creagh where free grants were issued.

It is alleged that pursuant to the request, Chimba, acting in connivance with Pazvakavambwa, went on to issue title to 60 residential stands each of 2 000 square metres as free grants to Datronics contrary to the original agreement.

Pazvakavambwa allegedly appointed herself as a signatory to the deeds and went on to sign 60 deeds in respect of the stands to Datronics.

She allegedly gave early title ownership without conditions and without authority and approval from the Minister.

Pazvakavambwa and Chimba allegedly knew that they were required to put conditions to prevent the developer from selling the stands without the prior approval of the Minister.

They were also allegedly aware that the developer had not met conditions for early title and had not met the set development contractual obligations as no meaningful development had been done on the ground. There was also no certificate of compliance from the local authority.

Their actions allegedly prejudiced the Ministry of Local Government of US$3 828 000.