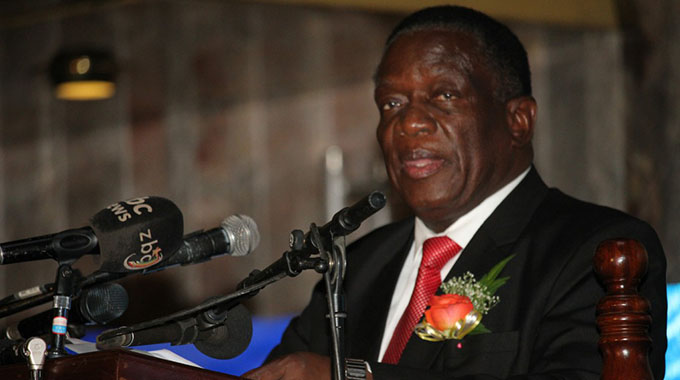 Golden Sibanda Senior Business Reporter
The Securities and Exchanges Commission of Zimbabwe (SECZ) has licensed a new strockbrocking firm, Morgan & Co, owned by British investors and two indigenous partners, which has pledged to influence the flow of foreign capital into Zimbabwe.

The company, whose local partners are David Muchengeti and Lungani Nyamazana, will start operations in August this year.
Economic analysts see the growing foreign investor interest in Zimbabwe as a seal of approval of the current administration’s policies.

President Mnangagwa has declared since his inauguration that attracting foreign and domestic investment and rebuilding the economy would be at the epicentre of his administration’s focus.

Already, his Government has amended the Indigenisation and Economic Empowerment Act, to exclude all economic sectors except diamond and platinum, and soothe investors’ fears.
He has also pledged to protect property rights and observe rule of law.

It was the first commercial loan by a British entity to the southern African country in over 20 years.
Further, amid growing investor interest, the Zimbabwe Investment Authority (ZIA) said it had approved over $16 billion in just six months of 2017 compared to $1,2 billion for rest of 2017.

With his promise for a free, fair and credible election on July 30, 2018 expectations abound more foreign investment will find its way into Zimbabwe, which targets middle income status by 2030.

“Morgan & Co has been licensed by SECZ and admitted onto the Financial Securities Exchange (FINSEC), as the first steps in its plan to grow the Zimbabwe capital markets.

“Morgan & Co, whose motto is ‘Our World is Our Bond’, will bring access to international capital and skills, operating with local partners who share our vision, innovation and integrity,” the British stockbroking company said in a statement this week.

Morgan & Co said the consortium’s international shareholder base, its expertise, experience and access to capital underpins its plans to build an unrivalled local research capability.

“This is a key element in our planned expansion of Zimbabwe’s capital markets, particularly with market making, bond and fixed interest instrument trading and capital trading in August.”

The consortium is led by Nigel Little who headed multi-nationals such as Morgan Stanley and HSB among other to investment companies.

He was managing director and head of equities for Canaccord Capital (Europe) Limited.
The Local partners who have over 10 years experience in stock broking will help capital markets to bring investment into Zimbabwe.