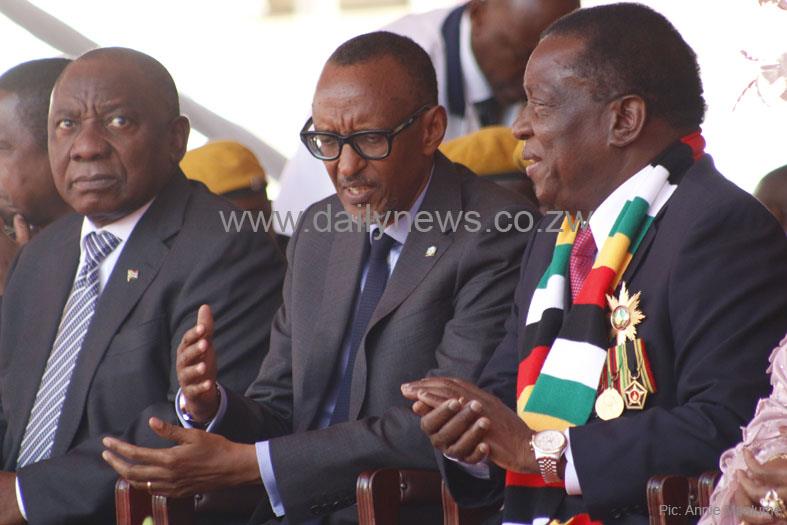 HARARE – The United Kingdom’s endorsement of President Emmerson Mnangagwa will not matter much as long as Zimbabweans still question his legitimacy, analysts said.

While the European Union (EU) and the United States have concluded that the elections failed the credibility test, British Prime Minister Theresa May broke ranks on Tuesday saying the UK would give Mnangagwa’s administration the benefit of doubt.

But analysts said the UK’s endorsement remains hollow as Mnangagwa’s election was being disputed not only by the MDC Alliance but Zimbabweans in general.

Political analyst, Maxwell Saungweme, said endorsements which matter the most were those from Zimbabweans, adding that Western countries were more concerned about stability than democracy in the southern African state.

“Whether that confirms opposition fears (that Britain always preferred Mnangagwa) or not does not matter. Western countries want stability more in Zimbabwe than anything else so they will support a leadership which seems predictable to them and which they think brings stability,” he said.

Mukonza said the UK was getting tired of the Zimbabwean issue and was also desperate for new friends in the wake of its exit from the EU, commonly referred to as Brexit.

Britain has been at loggerheads with Harare for close to 20 years and fatigue seems to have set in, he opined.

“To them, ED thus provides a window of opportunity to mend relations with their former colony. The second reason is that with Brexit looming, the UK has bigger problems to look at, the earlier Zimbabwe is sorted, the better for them,” added Mukonza.

In the run up to the July 30 elections, the MDC Alliance had complained bitterly about what it regarded as the UK’s meddlesome support for Mnangagwa.
It is not just the UK, which is warming up to Mnangagwa.

Germany, a member of the EU is also gradually cosying up to him after it dispatched its Economic Cooperation and Development official Gerd Muller to Harare — the first such visit in 20 years.

Meanwhile, South Africa would be ready to assist President Emmerson Mnangagwa with a commission of inquiry into the post-election shootings of protesters if needed, international relations minister Lindiwe Sisulu has said.

Responding to questions at her monthly briefing to journalists on Monday, Sisulu said South Africa “normally gets requests from the Southern African Development Community when judges are required” to be part of a commission of inquiry, but there “hasn’t been any formal request” from Zimbabwe as yet.

If Mnangagwa were to ask, “South Africa will be ready to give them, because we are concerned that what started off as a peaceful election process turned into an unfortunate incident”, she said, with reference to Zimbabwean soldiers killing at least six people during a protest in the centre of Harare two days after the elections.

Some of the people killed were not protesters, but got caught up in the march.

In his inauguration speech on Sunday, Mnangagwa again said he would institute a commission of inquiry to establish who gave the order for soldiers to get deployed to contain the protest.

This echoed remarks he made soon after being declared the winner of the elections, just over two weeks ago. At the time he promised that he would bring in experts from outside the country too to sit on the commission, to ensure fairness and credibility.