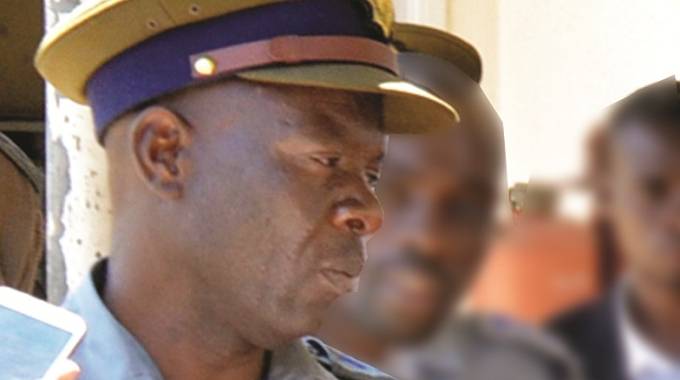 Munyaradzi Musiiwa, Sunday News Reporter
ROBBERS pounced on Umguza Rural District Council treasurer Mr Cosmas Nkomo’s house in Montgomery on Friday night and got away with money and other valuables worth US$3  655, police have confirmed.

Bulawayo police spokesperson Inspector Abednico Ncube confirmed the incident which he said occurred at around 1.30am when five robbers armed with a pistol and a knife broke into Mr Nkomo’s house and stole US$550, four cellphones, two laptops, an Open View decoder, a four-way electrical adaptor and car keys of a Government registered Nissan NP300 vehicle.

“I can confirm that police in Bulawayo are investigating a case of armed robbery which occurred on April 9, 2021 at Plot 66 King Fair Road, Montgomery in Bulawayo. The complainant is employed by Umguza Rural District Council as a treasurer. The circumstances are that at around 1.30am, five unknown accused persons used an iron bar to force open the front door to enter the house. Accused persons proceeded to the main bedroom which was not locked.

“The complainant woke up and saw five accused persons and one of them was armed with a pistol while the other was holding an unspecified knife. Two accused persons grabbed the complainant and tied his hands from the back using a necktie, then the other accused person pointed a gun at his head. They demanded money and ransacked the room and took away a brown wallet which had US$550 and a Samsung Note 4 cellphone,” he said.

Ins Ncube said the robbers then proceeded to other rooms where they also robbed his children.

“Four of the accused persons proceeded to the spare bedroom while the other one who was armed with a pistol remained to guard the complainant. They woke up a 21-old-year man demanded cash but did not find anything in his room. One other accused person was left guarding him while the other three proceeded to the other spare bedroom where the complainant’s two daughters aged 25 and 20 were sleeping. They demanded valuables from them and took away an iPhone 4, iPhone 5, Samsung S9 cellphones and two HP laptops,” he said.

Insp Ncube said the robbers proceeded to the lounge where they stole other valuables.

“The accused persons took away an Open View decoder, a four-way electrical adaptor and car keys of a Government Nissan NP300 registration number AAE 8142 owned by Umguza RDC. No one was injured. Total value stolen is US$3 655 and $100 and nothing was recovered,” he said.

Insp Ncube said the matter was reported to police and the suspects are still at large.