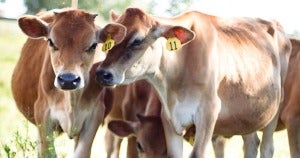 FOUR men from Umguza in Matabeleland North have been brought before the court for stealing and slaughtering four cattle worth $85 000.

Emmanuel Mpofu (24), Peter Mpofu (41) Mqondisi Sibanda (27) and Nqobile Zikhali (24) were not asked to plead when they appeared last week before Bulawayo magistrate Tinashe Tashaya.
They were remanded in custody to tomorrow.

The court was told that on December 7, last year the four entered Woodview farm owned by Pilate Ndlovu (61), stole one beast and slaughtered it.

It is alleged that the four took the meat and left the hide. The court was told that on December 20 and December 21, 2019, the four again entered Reigate Farm and stole three cows which belonged to Ndlovu and slaughtered them.

On December 21, Ndlovu received a tip-off that Peter Mpofu and Emmanuel Mpofu were seen flashing foreign currency at a nearby bottle store.

This made him suspicious and he informed the police. Police investigations led to the arrest of the two, who implicated Sibanda and Zikhali who were later arrested, but nothing was recovered.