CLOSE to 2 500 villagers in Uzumba, Maramba and Pfungwe have tested positive to malaria in a single week, with cases now totalling 3 000 following an outbreak that has left the health delivery system paralysed. 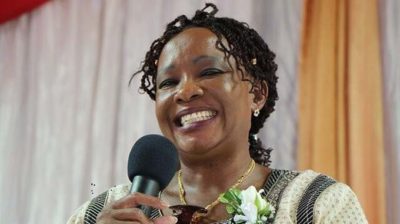 The spike in the cases rose from 584 two weeks ago, with no death yet recorded.

Maramba legislator Tichaona Karimazondo told First Lady Auxillia Mnangagwa during a visit at the weekend that new cases were recorded as the outbreak wreaks havoc in the ruling Zanu PF party stronghold.

“There is a malaria outbreak here and, as I speak, we have recorded a total of 3 000 people who are sick,” he said.

Karimazondo yesterday said government had since dispatched medication in the area.

“The good thing is that medication is available and the health workers are on the ground to save lives. However, the problem we are facing is of PPEs [personal protective equipment]. We need the COVID-19 PPEs for the safety of health personnel since the Malaria symptoms are similar to COVID-19,” he
said.

Between January and March this year, eight people died in Mudzi District, out of the over 18 000 villagers who contracted the disease.

According to the Health ministry, the malaria outbreak has claimed 131 lives to date.

About 18 690 malaria cases and 17 deaths were recorded last week.

Newer Post
Is there anything unusual about Zimbabwe’s latest malaria infection rates
Older Post
AMHVoices: Zim has been under lockdown since 1980