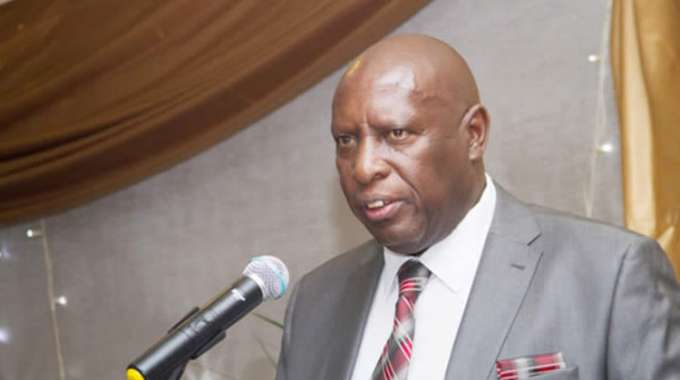 Herald Reporter
Former Energy and Power Development Minister Samuel Undenge was yesterday committed to prison to serve his effective 30-month sentence for abuse of office after appearing before a regional magistrate for committal after losing his appeal in the High Court.

Undenge appeared at the Harare Magistrates’ Courts yesterday before senior regional magistrate Mr Trynos Utahwashe who notified him of the decision to send him to jail now after the loss of the appeal. A person on bail pending appeal is sent to jail when the appeal fails, but this requires a hearing in the original court where the committal order is signed, handing over the prisoner to the Department of Prisons and Correctional Services. He was originally convicted in 2018 in Harare Magistrates Court but was on bail pending his appeal to the High Court, which he lost recently. His lawyers have now approached the High Court for leave to appeal to the Supreme Court, and for bail while that appeal proceeds, but neither application has been set down, let alone heard or determined.

The former minister had been convicted in the Magistrates Court for abuse of office after he hand-picked a public relations company for the Zimbabwe Power Company without going to tender. He was slapped with four years’ imprisonment, but 18 months were suspended on condition of future good behaviour.

The rejection of the appeal against both conviction and sentence in the High Court, meant Undenge will serve the full effective term of 30 months, which he unsuccessfully argued in his appeal hearing, was excessive and induced a sense of shock and outrage. The High Court found no merit in the appeal.

In his application for leave to appeal to the Supreme Court against both conviction and sentence, Undenge said he was aggrieved by the High Court’s decision.

“I wish to appeal against both conviction and sentence and thus against the whole judgement of the High Court. I respectfully submit that the High Court erred and misdirected itself in dismissing the appeal.

“The court erred and misdirected itself in holding that appellant (Undenge) had prevented ZPC from going to tender before engaging Fruitful Communications when the evidence before the court showed that appellant never directed ZPC not to go to tender. Further and in any event the evidence led at the trial was inconclusive as to whether the work that was done by Fruitful communications was one which required to be tendered for.

“Like the trial court, the court erred in disregarding his testimony, a testimony which was not shown to be untruthful in any way. It erred in shifting the burden of proof to the appellant and not giving him the benefit of the doubt.

“The court erred and misdirected itself in not properly applying itself to the need for the trial court to have considered alternative forms of punishment such as fine and community service coupled with a suspended term of imprisonment. The penal provisions of the Act provided for the imposition of a fine first and appellant presented factors of mitigation that warranted a sentence other than imprisonment,” read part of the application.

Charges against Undenge arose sometime in January 2016, after Psychology Maziwisa and Oscar Pambuka took a letter to ZPC from the former minister, directing the company to work with their firm at intervals of six months.

Following Undenge’s letter, the electricity generation arm of Zesa Holdings engaged the pair and lost US$12 650.