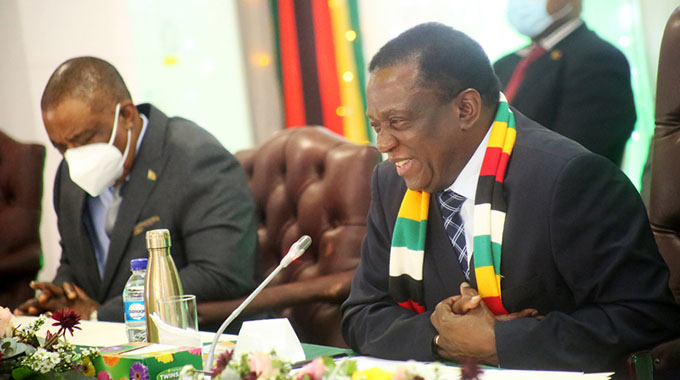 PRESIDENT Mnangagwa last week underlined Zimbabwe’s economic gains to the United Nations General Assembly (UNGA), giving the world an accurate depiction of the economic transformation being undertaken by Harare despite a glut of false narratives peddled by detractors.

The world has often been misinformed about the Zimbabwe’s economic situation and human rights record by hostile Western media.

Its successes on the fiscal and monetary front have been largely ignored, while little has been said about reforms and infrastructural development taking place.

Power generation projects, road rehabilitation and dam construction, among other activities, are being undertaken without support from international financial institutions.

But at the world’s most prestigious gathering of global leaders, President Mnangagwa highlighted the economic successes that have been scored by his administration, drawing attention to how the country was on a new path.

“Your excellences, Zimbabwe is on a new path. Like other nations in the region, we are facing humanitarian challenges which in our case have been worsened by illegal sanctions, the negative impact of climate change and compounded by the outbreak of the Covid-19 pandemic,” said President Mnangagwa.

He said macro-economic reforms being spearheaded by the Ministry of Finance and Economic Development, and the Reserve Bank of Zimbabwe (RBZ) had brought notable gains that would contribute to sustainable development.

“However, my administration continues to record notable achievements towards sustainable development which leaves no one behind.

“Our macro-economic stabilisation reforms have seen the reduction of our Budget deficit to a single digit, as well as a positive balance of our current account, coupled with foreign exchange rate and price stability.”

On infrastructural development, the President said: “Major infrastructure projects are ongoing, such as the rehabilitation and construction of health service facilities, water and sanitation infrastructure as well as roads, dams and bridges across the country. Investments in mining, agriculture, tourism, energy and manufacturing sectors are on the increase.”

These have been attained despite the sanctions.

In his address, President Mnangagwa said even the UN’s top officials had called for the lifting of sanctions.

“Recently, the UN Secretary-General, the High Commissioner for Human Rights and the Special Rapporteur on the Right to Food, all acknowledged the deleterious effects of the illegal economic sanctions on our country.

“These are a breach of international law and compromise Zimbabwe’s capacity to implement and achieve sustainable development, especially SDGs 2, 3, 8, 9 and 17. We, therefore, call on the General Assembly to strongly pronounce itself against these unilateral illegal sanctions,” said the President.

Zimbabwe was committed to promoting the rule of law.

“Similarly, my administration is decisive in entrenching constitutionalism, democracy and the rule of law, including the protection of property rights. The commitment of my Government to these cardinal principles remains unwavering,” he said.

“It is in this spirit and in line with our Constitution that in July this year, my Government concluded the landmark Global Compensation Deed, with former farm owners. We count on the support and goodwill of the international community as we mobilise resources to implement the agreement.

He said the alignment of laws to the Constitution was almost complete, while new pieces of legislation continued to be enacted to strengthen Zimbabwe’s institutions.

“The raft of political reforms will benefit the generality of Zimbabweans as we consolidate our respect of human rights.”

Experts say Zimbabwe is on the right path to achieving economic prosperity owing to fiscal and monetary reforms that have been implemented by President Mnangagwa’s administration.

In an interview, economist Professor Gift Mugano said Zimbabwe’s economy was stabilising and positioning for growth.

“There are a lot of positives that are being recorded by this economy. The coming in of the auction system has stabilised prices and we have also eliminated the black market,” said Prof Mugano.

“What we now need to work on is the sustainability of this stability. The only way to do this is to boost production so that we generate foreign currency through production, while also making sure that we also reduce our import bill through production.