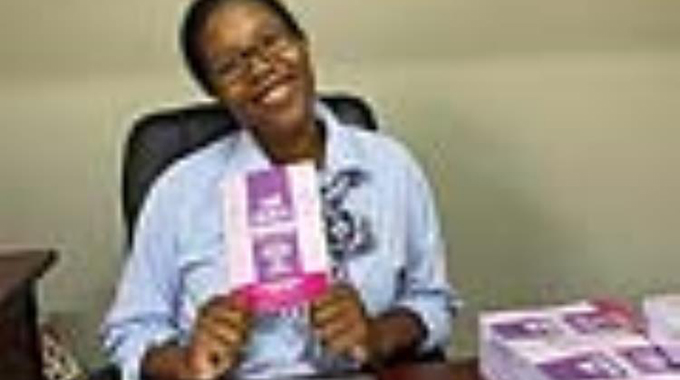 WHEN Ms Zerippa Amon Phiri (38) got married in 2002, she expected a blissful life.

As with any other 20-year-old bride, she was excited about starting a family.

The idea of motherhood was unbelievably thrilling.

Three months into her marriage, her world came crashing down.

She learnt that she could not conceive.

But even before her marriage, something was not quite right.

When she exchanged vows with her long-time flame, Phiri, unlike most of her peers, was yet to begin menstruating.

However, she had been assured that some girls’ menstrual cycles began late.

When the young couple tried to consummate their marriage, her hymen did not break, as is generally the case when young women become intimate for the first time.

“My husband and I consulted a gynaecologist who told us that I had a thick hymen,” she told The Sunday Mail recently.

“Later on after some tests, the doctors told us that I was born without a womb.”

This news, which would prove a harbinger of worse things to come, devastated the young couple.

“Some of our relatives told us that I had been bewitched after my undergarments were used for some rituals.”

Her family would not allow her to undergo surgery and urged her to seek a second medical opinion.

It came to naught.

She subsequently endlessly shuttled between one faith healer and another in search of a solution.

There seemed to be an apparent consensus among all the faith healers they consulted: Zerippa had been bewitched.

One even suggested that her maternal grandmother was behind her predicament.

“I remember being told that when I was young there was a time my father left me in the care of grandmother while he went to work.

“Apparently, I was told, my grandmother did not like me.

“It was claimed that she took my undergarments and performed some evil rituals with them,” she added.

Her burning desire to conceive, however, got the better of her.

Along with her aunties, they continued consulting faith healers to “lift the curse”.

All she received were bitter “curative” concoctions, which would supposedly get rid of the spell.

“I was given concoctions of milk, cooking oil, lemons and salt to drink.

“I was warned against vomiting after taking the concoctions because that would lose their efficacy and I would not be healed.

“I did the best I could to hold everything back in because I wanted a child that badly.”

It got worse to the extent that one faith healer gave Phiri six sticks to shove down her privates to dilate the hymen.

All this was in vain.

It was not long before her inability to conceive began taking a toll on her relationship with her husband, who desperately wanted a child.

He told her that he was considering taking another wife.

After five years of toiling for a solution, the troubled marriage finally collapsed.

“I could not bear the thought of my husband taking in another woman to bear children for him.

“At this point, he was even refusing to eat the food I would have prepared.”

For Zerippa, who is now single, the thought of another romantic relationship scares her.

The fear of going through further tribulations has forced her to keep a safe distance from any romantic entanglement.

Zerippa suffers from a condition known as Mayer–Rokitansky–Küster–Hauser (MRKH), or vaginal agenesis, where a female child is born without a womb or uterus and the cervix. In serious cases the child can be born without a vagina.

The condition is said to affect one in 5 000 females around the world.

An online medical journal claims: “MRKH syndrome is a disorder that occurs in women which affects the reproductive system.

“This condition causes the vagina and uterus to unveil or absent, although external genitals are normal.

“Affected women usually do not have menstruation due to absent uterus. Often, the first notable sign is that menstruation does not start at 16 years.”

Zerippa has refused to allow her unfortunate condition to define her.

Instead, she has marshalled her misfortune in order to provide support for others facing similar circumstances.

Last month, she published a book titled “I am also a Woman”, in which she recounts her personal experiences with infertility.

Through the book, she aims to raise awareness and also encourage women who cannot bear children to realise their self-worth.

She said since publishing the book, two women with a similar condition have reached out to her for emotional support.

“It will help other people with the same condition, as well as those with other infertility issues.

“They will learn to accept their condition and not let what they cannot change control their lives.

“They have to know that infertility does not define them.

“It feels like a burden has been lifted off my shoulders, and helping people helped me heal as well,” she said.