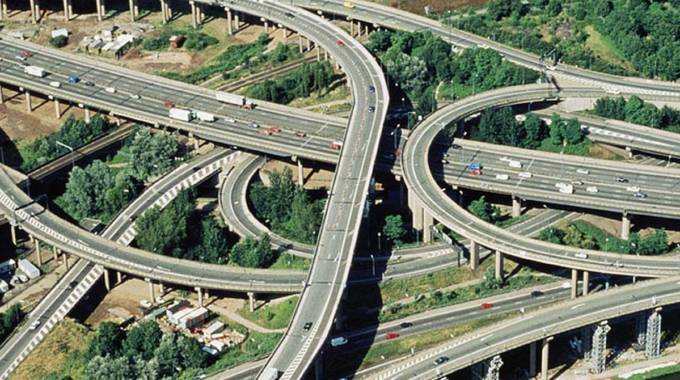 As strategies by Government to control traffic and clear congestion kick in Harare metropolitan and a roll-on other cities, motorists will need to devise mechanisms to complement these efforts and ensure they respect one another on the road and take turns to cross at intersections with non-functional traffic lights.

The chaos on the road has exposed the corruption that had become rife in the drivers’ licence acquisition chain. Some drivers have no clue of road regulations such as who has the right of way at intersections.

One would assume that its common knowledge that at a traffic roundabout the car already in the circle has right of way but not on Harare roads particularly.

The police need to be vigilant even more. A lot of road rules and road signs are being disregarded either carelessly or because some of the people behind the wheel have no clue how it is all supposed to work.

This has had such an effect on traffic flow, compounding an already precarious situation. Moving from one corner of Harare to the other has become a real nightmare. Any time of day most routes are congested, of course it gets worse in the mornings and evenings as thousands rush to and from work stations.

Government is already at work on the roads but all should be done to make life smoother in Harare and other parts of the country experiencing similar congestion.

The Eastern parts of Harare were impassable on Friday night. Robert Mugabe into Chiremba Road was locked with traffic but when police moved in to control traffic at the intersection of the two roads the situation got better but the volume of cars took a bit of time to clear. At least we noticed joint efforts by the Zimbabwe Republic Traffic police and their municipal police as announced by Government last week.

However, the congestion was punishing on Seke Road just after the Cripps Road traffic lights as motorists made their way out of Harare. The whole stretch up to George Road took long to pass.

Which is not usually the case at around 8pm when traffic normally thins out after the rush as people leave the city centre for home.

On the parallel Airport and Cripps Road roundabout, traffic was chaotic. The heavy trucks, buses and smaller vehicles that usually ply the road were criss-crossing in a haphazard fashion. It took long to enter the circle as all rules were thrown out the window with motorists selfishly trying to out-manoeuvre one another to get home or whatever destination ahead of everyone else. This only made things worse. It would not be a surprise if it took until midnight to clear the congestion.

We hope the situation improves soon. We have no reason to doubt that Government, through the committee set up a few weeks ago, will soon make things better. The short and long term strategies that are being implemented are set to de-congest the roads and ensure a smoother traffic flow.

Already Government has begun work in Harare with equipment having been bought while some traffic lights have been repaired. Delivery of the material is expected next week.

In her post-Cabinet briefing last week, Information, Publicity and Broadcasting Services Minister Monica Mutsvangwa said much headway had been made in the preliminary work to upgrade at least three roundabouts at Mbudzi, Warren Park D and High glen while repair work has already been done in some parts of Harare.

A run down of specific projects under implementation or scheduled for commissioning this month is quite impressive and should significantly improve traffic flow in Harare Metropolitan.

Indeed the committee overseeing the projects is at work and must be supported by all stakeholders.

We can never over-emphasise the need for an expeditious implementation of effective solutions.

Tangible and intangible effects of congestion are quite costly to our country. They go beyond delaying supper time, gym time or a date. They impact adversely on production time. Employees and their executives spend hours trying to manoeuvre their way to work. This reduces the time spent on productive work hence affecting output.

The trauma of spending too much time to get home affects the quality of rest and in time this begins to show on the quality of work produced. This is not rocket science.

This scenario cries out for all stakeholders to do their bit in ensuring the roads become passable again.

Such factors as increasing rural to urban migration, more cars on the roads, narrow strips, potholes and other poor road conditions have contributed toward the congestion.

Statistics as of December 2018 showed there were about 1,6 million passenger cars on the road, which was a drop from almost 3 million in 2018.

However, more cars are believed to be on the roads now. The advent of reduced lock down levels and the normalisation of fuel supplies have seen more cars back on the roads while imports of ex-Japanese cars have been growing phenomenally.

This scenario appears to have caught local authorities in sixes and sevens as reflected by their failure to deal effectively with congestion. Thank God Government has taken over. We hope tributary roads in industrial sites and residential areas will soon be repaired. The poor roads have slowed down traffic thus contributing to congestion.

Smashing of glass and other crimes have been on the increase as thieves pounce on slow moving vehicles in congestion at night. Furthermore, desperate commuters have fallen prey to robbers and are kidnapped in some instances as they hop into any available car home. All this resulting form the challenges on the road.

These and other challenges are avoidable and could soon disappear once the new thrust begins to bear fruit.

Other small cities and towns also beckon for help in this regard.

The private sector should also step in to assist. A reliable transport network intra and intercity is essential for business. Taking over one or two roundabouts while repairing a few roads in the process would be beneficial to the respective communities and the country at large.

Such financing mechanisms as the Build-Own-Operate and Transfer or the Private-Public. Partnerships should come in handy. Government could use all the help it can get while business ploughs back into the community in which they operate.

Respective communities should also chip in with labour as experts lead the way.

The journey could be long and arduous but the Chinese say it all begins with one step, In God I Trust!