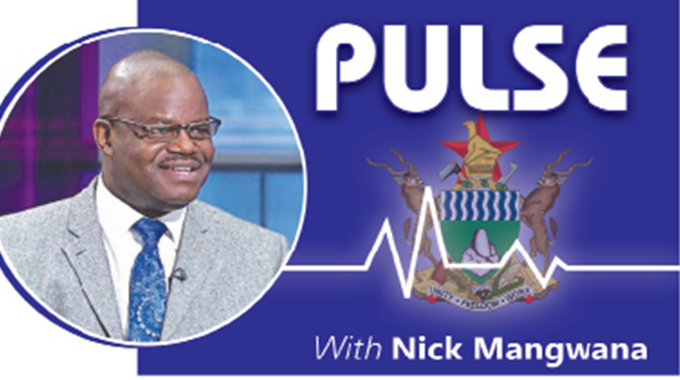 Transparency is a key ingredient in the recipe for success. When mixed together with accountability and sustainability then you have a mix that helps build trust for the establishment. It is these that will help define the success of the New Dispensation. Things that had for years remained tucked under the carpet or regarded as top secret are for once put under public glare. We commit to openness in the stewardship of this nation.

To bring more transparency and accountability to its work, Government introduced a 100-day plan report, which premières Government priority projects. It is an inclusive approach to governance that enables Government to keep the public and all stakeholders informed about the projects being implemented and their progress thereof.

The 100-Day Cycles serve as the building blocks to the realisation of goals of the Transitional Stabilisation Programme (October 2018–December 2020) and the subsequent achievement of objectives encapsulated in the Vision 2030 programme.

The 100-Day Cycle plan involves the segmentation of big projects into smaller, manageable and sharply focused milestones. On average, the participating ministries, their departments, agencies and parastatals will implement five projects that have an impact on the livelihoods of ordinary citizens in 100 day timelines.

At the beginning of each 100-day cycle, ministries develop work plans with goals, key result areas and milestones. Thereafter there will be monitoring and evaluation of the work through weekly reporting and progress reviews to ensure that the Ministries remained focused on their targets.

The Minister of State for Presidential Affairs and Monitoring, Implementation of Government Programmes Dr Joram Gumbo is responsible for tracking the implementation of the 100-Day plans. The tracking of the plans entails the collection, collating, assessing, verifying and analysing of data in order to assess the performance of the ministries in implementing the projects.

A scale is used to measure the target performance during the 100-Day period. All projects that perform below 56 percent (Red category) are adjudged to be below target, those that score between 56–80 (Amber category) percent are measured to be on target while those performing between 81-100 (Green category) percent are considered to have completed the target.

The implementation of the 100-Day Cycle projects is centred on the key elements that capture Government’s vision for: economic growth and development; Re-engagement with the global community; Promotion of investment and trade; Nurturing a responsive and high performance culture in the Public Service; Engendering greater impetus in the provision of strategic infrastructure; Enhancing social service provision; Fight against corruption; and Promoting national unity, peace and reconciliation.

Experiences from previous cycles provide lessons for improving and refocusing implementation of projects for successive cycles.

Challenges that militated against the full attainment of some of the projects include the constrained fiscal environment, scarce foreign currency and conformity to procurement and legal processes.

The second 100-Day Cycle began on February 28, 2019 and ended on June 7, 2019. A total of 91 projects were implemented during the cycle across 19 ministries, departments and parastatals. Out of a total of 91 projects, 58 projects (63.7 percent) closed in the green category, depicting that they met the planned target, while 18 projects (19.8 percent) closed in the amber, showing satisfactory progress and 15 of the projects closed in the red, which show failure to meet the planned target.

The projects that performed below the expected targets were affected by a number of factors that included price escalations, multi-tier pricing systems, drought, as well as the devastating effects of Cyclone Idai.

Government is currently on the third 100-Day Cycle. While these projects look like unrelated, they form the building blocks to the attainment of Vision 2030. By way of an example, let us assume that the Ministry of Information Publicity and Broadcasting Services is building 5 radio transmitters every 100 days. It would mean in a year it would have built at least 15 transmitters. From 2018 to 2030, it would have built 180 transmitters in total, achieving its goal of a modernised access to information. This will result in the whole country having full radio transmission and citizens accessing information.

To indicate how these building blocks have a holistic developmental impact we need to use a second example for illustrative purposes. Let’s now assume that the Ministry of Energy is building transformer sites every 100 days. It also means they would have rolled at least 15 sites every year. This would then bring access to electricity to many parts of the country in 12 years. This means an enhanced access to energy as a development driver. These rolled out to twenty operational ministries and their parastatals would result in many projects which are propelling Zimbabwe’s developmental agenda. The 100-Day Cycle plan marks a turning point on how Government performs its business. Gone are the days when Government kept its business under wraps or constantly blocking any efforts to scrutinise its work. Now, all Zimbabweans and stakeholders are able to review Government performance and trace the success of public projects.

“The publishing of this plan also heralds a new spirit of openness and transparency by Government and I trust that this will engender a growing sense of cooperation and mutual understanding between Government and all stakeholders,” wrote President Mnangagwa in his foreword to the 100-day cycle report.

“Each cycle has cumulatively helped to improve processes that enhance productivity in the public sector through stimulating action and experimentation in pursuit of remarkable results in critical focus areas. In the few instances where targets have not been met, the experiences are treated as a rich source of learning and insight that enable implementing agencies to better focus on more productive areas in future projects”, the President further noted.

After each 100-Day Cycle, a report on the projects is compiled and published. The report is a communication tool that keeps the public apprised of Government business. This allows citizens to understand the performance of Government in addressing the challenges they face.

“The Government of Zimbabwe is committed to according high priority to improved service delivery as well as responsiveness to the needs and problems of the citizens of Zimbabwe. Attention is given to the principles of accountability, transparency and responsiveness. These principles are grounded in the value and belief that information on public sector performance should flow freely, be provided and made accessible to those who need it”, said the President.

The Government of President Mnangagwa is committed to regulate its legitimacy through a social contract. In this social contract the citizens surrender some of their freedoms and rights to a political order. In return this political order of the New Dispensation. In return for those minimal rights citizens have abdicated to the political order, the Government  undertakes to bring socio economic development through 100-Day projects, which taken holistically, would make Zimbabwe an Upper Middle Income Status Country by 2030.

To achieve this, the country needs peace, it needs for everyone to pull together and avoid unnecessary conflict. To get a buy-in from everyone, it means that there should be a good information flow. This is why the Ministry, which the writer works in, will always say there is a lot more to do to ensure every Zimbabwean has access to information on what is happening in other parts of the country. And there actually is so much happening, which taken individually, may not excite many because somehow some prefer political contestation news to issues of development. But when a road is constructed from Chivi Turn-off to Mandamabwe, and another is constructed from Tanganda to Ngundu, it may not in isolation ring a bell on how this augments the journey towards Vision 2030, but this is part of the brick upon brick building of the country.

Roads link producers of goods to markets, workers to jobs, the sick to hospitals and students to schools. So while it may not be apparent how each 100-Day project is a giant step towards attaining Vision 2030, that actually is what these projects are about.

The New Dispensation is undertaking projects to solve problems and exploit opportunities for the people with which it has a social contract. The 100-Day Cycle has become a tool to coordinate and supervise the implementation of Government projects from a central point.

This eliminates discord and inconsistency in fulfilling the Transitional Stabilisation Programme (TSP) and the two developmental phases towards achieving an Upper Middle Income Status by 2030.