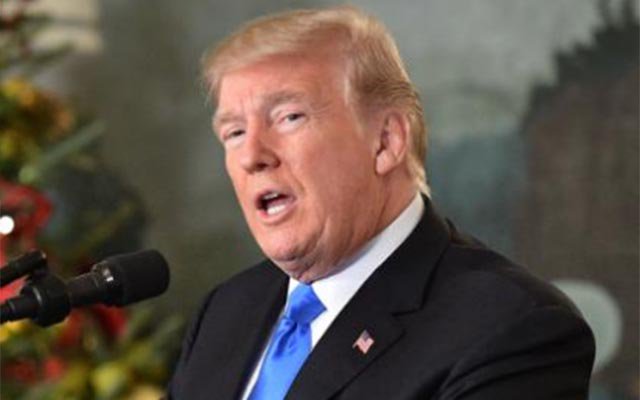 Sisonke Msimang Correspondent
There can be no better illustration of the folly of victimhood and outrage than the furore surrounding US President Donald Trump’s comments about poor countries with relatively high rates of migration to the United States. In the last few days, the politics of indignation — particularly by people generally on the progressive side of politics — has reached new heights with tweets of African landscapes and immigrant success stories.

The drama that has greeted Trump’s comments has provided a disappointing reminder that outrage can be addictive even when it is wholly ineffectual. First, let me be clear, I am not denying that Trump’s remarks are racist. It has been patently obvious for many years that Trump himself — in his action and pronouncements — is a thoroughgoing racist. There is nothing new or shocking about this idea.

I am wondering, however, why anyone would be offended by the racism of a known racist who has proven himself to be foolish time and again. He is not unlike other racists — he has power. I am also wondering why so many of the critiques of Trump’s statement are concerned primarily with his racism instead of addressing the merits or demerits of the larger debate about the role and place of migrants in wealthy countries like the US.

I am wondering why so few people want to address the truth that lies at the heart of Trump’s statements. It is indeed a fact that millions of poor people who happen to have been born in poor parts of the world are desperate to leave their homes in search of opportunities. Poor people do not leave their countries because of wanderlust: They leave because life feels pretty “s***ty”.

This — it seems — is a more important reality to address than whether a discredited man who is a known provocateur has hurt some feelings. I personally refuse to be offended by anything Trump says or does — he is powerful, but this does not change the fact that he is a fool.

Yet I cannot count the number of Facebook posts of beautiful African landscapes I have seen, or the range of tweets listing the number of American lives African doctors have saved, or the number of educated and morally upright people the US benefits from who come from “sh*thole” countries. The people posting those messages have been, for the most part, middle-class Africans and enlightened globally aware Westerners — the type of people who stay in hotels in the nice part of Nairobi, and know where to get the best lattes in Port-au-Prince.

In reality, significant parts of the countries these indignant “progressive” people are posting about are, in fact, terrible places to live for poor people. Of course, there is joy and humour and grit and determination in even the poorest places — and there is no question that the word “sh*thole” is dismissive and tacky — much like the man who uttered it.

However, it is important not to romanticise poverty and gloss over the truth in the interest of point-scoring. The poor people who have been left out of the “Africa rising” narrative probably agree with the overarching sentiment behind Trump’s descriptions of their countries.

The “Africa as paradise” social media posts are a sort of creative non-fiction then. Of course, the Cape Town skyline is beautiful, but we also know that life in Crossroads or Nyanga or any of the many sprawling townships that ring that city is hard.

For people who live in the ghettoes of Port-au-Prince and Nairobi — yes, life is very, very hard.

The photos on Facebook exist to address an audience that lives online; they do not actually speak to the reality at the heart of the US president’s crude observation. For people who live in the ghettoes of Port-au-Prince and Nairobi — yes, life is very, very hard.

Through their posts and their protestations, the outraged signal their moral goodness, but they do not advance understanding of the core problem Trump points out — which is that we are living in a moment of profound flux and ever-increasing pressures. Even reasonable, non-racist people can arrive at the conclusion that their own lives in wealthy countries are at risk of being undermined by migration.

People on the left — myself included — may disagree with this conclusion.

We may point to data that indicate migrants lift the boat rather than sink it. We may argue that regardless of the economic merits of migration there are other non-tangible benefits in the realm of culture, art and creativity.

All of these arguments are part of ongoing debates in the ideological battles currently taking place globally. The racism Trump expresses is part of — but should not define — these debates. There are many people who are indeed opposed to migration on the basis of unjustified fear. There are many others who are opposed to migration on the basis of reasonable anxieties and concerns about the future.

Again, I may not agree with these anxieties, but consigning them to the racist heap is short-sighted and unstrategic if you are interested in genuinely changing societies for the better. Whether you want revolution or incremental reform — change never comes without conversations.

Having more focused, less reactionary conversations about the nature and roots of global migration patterns is crucial. Addressing the appalling conditions in which the vast majority of people live is even more important to me as a citizen of a country that is on Trump’s “sh*thole” list.

This urgency is not new, and it has nothing to do with Trump. — Al Jazeera