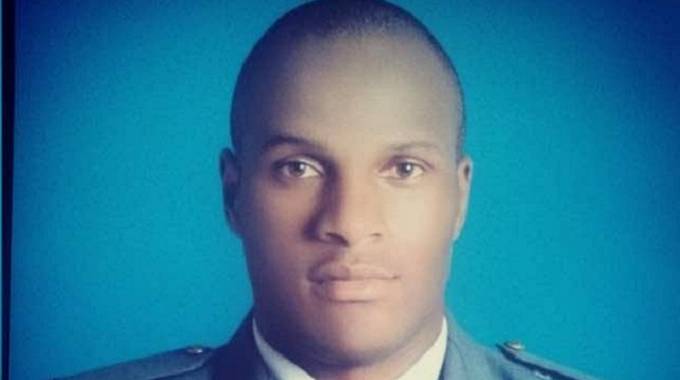 Bulawayo Bureau
THE Air Force of Zimbabwe (AFZ) pilot who fatally assaulted his Gweru-based girlfriend last year for allegedly cheating on him with his colleague was yesterday sentenced to an effective 20 years in jail.

Tashinga Musonza (29) was convicted of murder with constructive intent by Bulawayo High Court judge Justice Nokuthula Moyo in connection with the death of Ms Lucy Duve (37) in a crime of passion in November last year.

In passing sentence, Justice Moyo ruled that the murder was not committed in aggravating circumstances.

“It would not be fair in our view to infer torture as the State relied on circumstantial evidence as there was an absence of information on how the assault was perpetrated. Severe assault cannot be classified as torture and clearly, this is not a murder proven to have been committed in aggravating circumstances,” said the judge.

Justice Moyo said the manner in which Musonza murdered the woman was brutal, warranting a lengthy prison term.

“In this case the mitigation does not give any peculiar circumstances that warrant this court to tamper justice with mercy. The accused person assaulted a defenceless woman in a rather brutal manner. The brutality of the assault as evidenced by the post-mortem report and lack of contrition on the part of the accused person will guide this court to settle for the upper range of the bracket in sentencing in such cases. It is for these reasons that the accused person is sentenced to 20 years in jail,” ruled the judge.

In mitigation, through his lawyer, Mr Kalvern Tundu of Chihambakwe Mutizwa and Partners, Musonza pleaded for lenience, saying his parents died and was the sole breadwinner taking care of his ailing grandparents and his own siblings, including members of this extended family.

He accused her of cheating on him with his workmate Mr George Himalaya Makwenjere.

The two drove to Josiah Tungamirai Airbase since Musonza wanted the matter clarified. They woke up Ms Duve’s alleged lover who denied being in a relationship with her.

Musonza got furious and started assaulting his girlfriend.

Mr Makwenjere tried to restrain him, but was overpowered before he ran away to seek assistance from colleagues.

Upon their return they found Ms Duve lying unconscious in a pool of blood. Musonza later drove Ms Duve to Clay Bank Hospital in the company of two of his colleagues. She was pronounced dead on arrival at the hospital, leading to his arrest.

The post-mortem report states that Ms Duve had a fractured skull, blood clots in her brain and that her lungs were affected by the attack, among other injuries.