US in fresh regime change onslaught 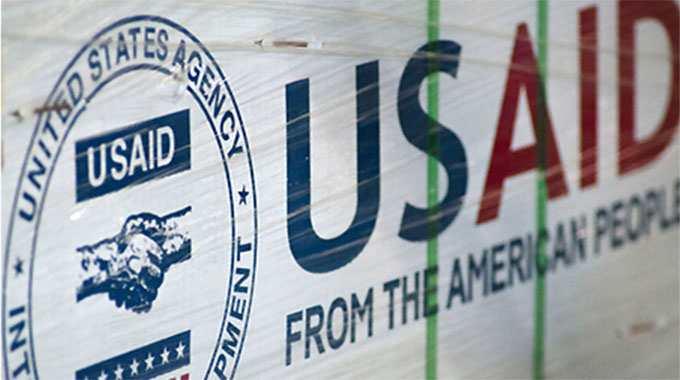 The United States is dangling US$5 million to non-governmental organisations (NGOs), which they say is meant to entrench the rule of law, constitutionalism, and democracy.

However, independent analysts believe the funding is part of efforts by the US to spotlight and discredit Zimbabwe’s international standing, which appear to be bearing fruit judging by the thawing of relations with many countries in the European bloc.

Plans to fund non-governmental organisations are contained in an invitation by the United States Agency for International Development (USAID) extended to local NGOs to apply for a cooperative agreement to implement the so-called Promoting Constitutionalism Activity.

According to the USAID, the objective of its latest programme includes the facilitation of funding to enable NGOs to fight the Government through the courts of law as has been witnessed lately when pro-Western civil society organisations have been challenging the extension of Chief Justice Luke Malaba’s term by an additional five years after his medical report proved that he is still mentally and physically fit to continue in the esteemed judicial office.

The objective of the grant, as explained by USAID is “to support civil society to influence the alignment of legislation with the Constitution and advance the implementation of key provisions in the Constitution through innovative and reinforcing advocacy action. Applicants are invited to propose robust, multipronged policy and legal advocacy, litigation, and other strategies that seek to influence both the formal alignment of laws as well as the ongoing implementation of the Constitution as distinct but related efforts”.

It also advocates for what it calls increase in Citizen Awareness of and Demand for Constitution-Driven Reform with the “objective to cultivate a culture of respect for the constitution and rule of law by supporting interventions that increase citizen awareness of their constitutional rights, roles, and responsibilities; strengthen public discourse on democratic reform; and increase citizen demand and pressure for the enjoyment of rights and the advancement of constitutional reforms”.

In implementing the programme, USAID says it intends to award a cooperative agreement to the successful applicants.

“Subject to funding availability and at the discretion of the agency, USAID intends to provide $5 000 000.00 in total USAID funding. The anticipated period of performance is five years. The estimated start date will be September 15, 2021.”

It appears the US is unhappy with the ongoing implementation and alignment of the 2013 Constitution and is now seeking to influence public opinion on the matter by swaying people to have doubts on the whole process.

“Pressure from civil society is therefore essential to accelerate the reform process, setting priorities as well as helping to shape the reforms themselves,” reads part of the documents posted on the US grants websites.

The USAID document further states that the promotion of constitutionalism will build on prior support for civil society advocacy for constitutional alignment and implementation through multiple awards.

With a message that has resonance with the opposition, USAID makes it clear that the objective of the programme is regime change.

Early this year, the US unwittingly admitted its hidden hand in regime change efforts in Zimbabwe after its Congress expressed frustrations on continued financial support to political activities, saying the exercise is doomed as President Mnangagwa is poised to win the 2023 general election.

A former MDC official, Mr Obert Gutu, recently revealed that more than US$10 million was channelled to MDC over the years to push this regime change agenda that, inter alia, also took the form of so-called targeted sanctions.

The end game of the US sanctions, as well as funding local NGOs is to engineer a socio-economic and political uprising against the Zanu PF-led Government and replace it with a puppet and pliant government that would not only reverse the land reform programme by giving land back to the white former commercial farmers but that would also, both directly and indirectly, take instructions from Western capitals.

Financed to the tune of US$16.8 billion, USAID works closely with regime change agencies such as the National Endowment for Democracy and its Bureau for Democracy, Conflict, and Humanitarian Assistance oversees the Office of Transition Initiatives (OTI), which “supports US foreign policy objectives by helping local partners advance peace and democracy” and whose “programmes serve as catalysts for positive political change”.