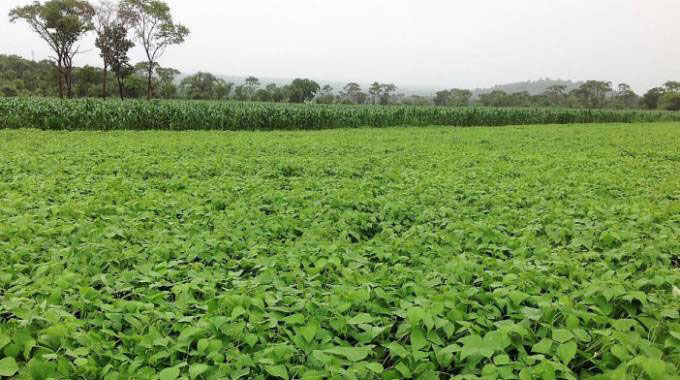 A consignment of agricultural equipment worth US$20 million from US-based John Deere — which consists of 500 tractors, 200 pieces of machinery and 40 combine harvesters — has arrived in Durban, South Africa, and will be transported to Zimbabwe soon.

The equipment is part of the first batch of machinery that will be accessed through the US$50 million deal that was signed between Government and John Deere on August 1 this year, as Government heightens efforts to mechanise agriculture.

While the country needs more than 40 000 tractors, it presently has 12 000 that are functional.

Similarly, there are only 95 functional combine harvesters out of a total requirement of 500.

Afgri Equipment Zimbabwe managing director Mr Graeme Smith told The Sunday Mail that the machinery will be brought to Zimbabwe once the “finance arrangements have been finalised”.

The company is the franchise holder of John Deere equipment.

“On the first US$20 million worth of equipment that is arriving, there will be a total of 500 tractors, 200 pieces of machinery (100 disc harrows and 100 planters) and 40 combine harvesters with the appropriate heads,” said Mr Smith.

“So there are tractors ranging from 50-horse power to 95-horse power. There are combine harvesters with both wheat and maize headers, and there is also equipment to go behind the tractors, so there will be some planters and some harrows in the initial US$20 million order,” he said.

Farmers would have to pay a 20 percent deposit on the value of the equipment and service the balance over three years at interest rates of not more than 8 percent.

Once the equipment has been delivered, Afgri and John Deere will train beneficiaries on how to operate it.

Short training programmes will also be offered to mechanics in outlying areas to establish a bigger network of personnel who will have knowledge in repairing the equipment.

Government, through the Transitional Stabilisation Programme (TSP), plans to increase production and yields by supporting farmers with repairs of tillage and harvesting equipment.

Official estimates suggest that there is a deficit of more than 30 000 tractors and related implements, while 80 percent of farmers do not have adequate equipment, which negatively impacts on cropping, crop intensity and farm productivity.

Treasury believes that low yields are triggering unsustainably high producer prices for grains, cotton and soya, among other food crops.

There is also a targeted programme to repair malfunctioning equipment. But, Afgri is only covering John Deere machinery.

“Yes, for the last three years we have been rehabilitating equipment. . .

Our franchise is John Deere; that is what we repair. We trained in the repair of John Deere equipment,” said Mr Smith.

“In Zimbabwe, we already have a problem. In some areas, farmers are using ox-drawn ploughs and hoes in their farming activities, which is inappropriate. In other areas, commercial farmers are hiring farming equipment such as tractors and combine harvesters; this becomes very expensive for them as the hired equipment would be demanding a lot. The hired tractors are also not enough to cater for all commercial farmers in the country,” he said.