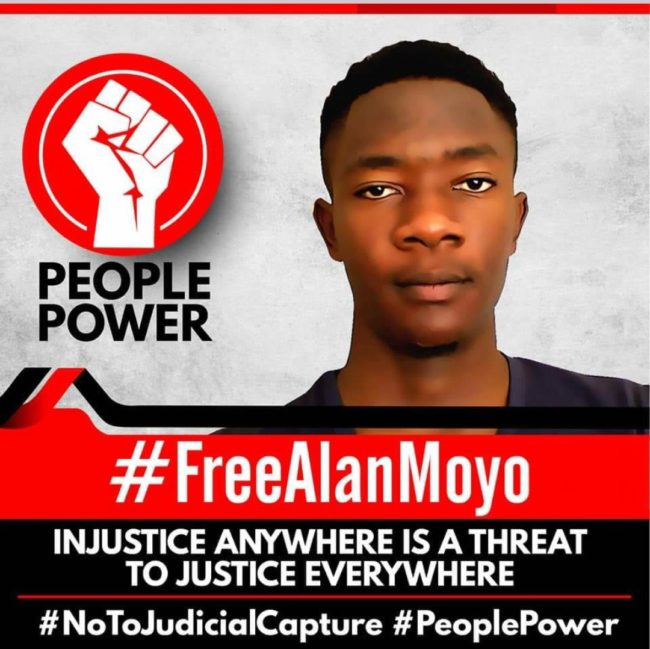 ALAN Moyo, a 23-year-old University of Zimbabwe student, who is being accused of inciting public violence after he allegedly called for a revolt against President Emmerson Mnangagwa, yesterday submitted an application refusing further remand at the courts.

Moyo, who is being represented by Obey Shava of the Zimbabwe Lawyers for Human Rights, appeared before magistrate Denis Mangosi.

He is arguing that he has been on remand for too long without being provided with a trial date.

“The law compels the State to provide an update to the court about the progress on investigations of a matter of an accused person who has been placed on remand,” Shava said.

“However, the State has continuously further remanded the accused, indicating that it is not ready for trial, which is against the dictates of the Constitution.”

Moyo was granted bail at the High Court after he had spent more than 60 days in pre-trial detention at Chikurubi Maximun Security Prison.

The State alleges that on July 3, 2020, Moyo and his accomplices, who are still at large, gathered at Copacabana bus terminus in Harare and unlawfully addressed passengers waiting for transport.

They also allegedly said that Mnangagwa’s conduct lacked wisdom and was aimed at destroying Zimbabwe, adding that a revolt was necessary because citizens had been deprived of a brighter future.

The State will file its response to Moyo’s application today.