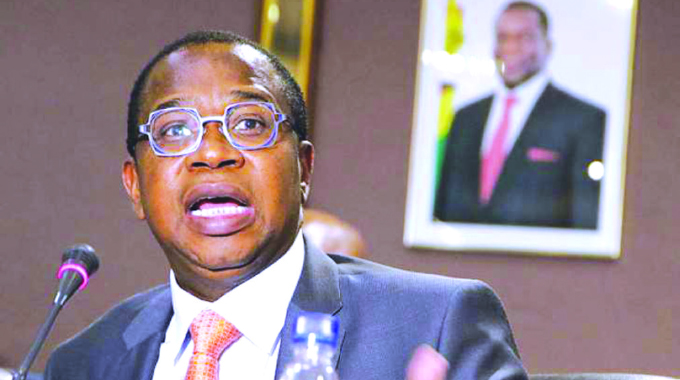 Prof Ncube and Higher and Tertiary Education, Innovation, Science and Technology Development Minister, Professor Amon Murwira toured the manufacturing units at Chinhoyi University of Technology (CUT) where face masks and alcohol-based hand sanitisers are being made.

“The capacity by all universities in the production of sanitisers and face masks augers well with Government’s efforts of making the nation an upper middle economy by 2030,” said Prof Ncube.

“I am very impressed by what Chinhoyi University of Technology is doing in response to the Covid-19 pandemic and would also want to urge other universities to emulate the productivity stance being taken by the institution.”

Apart from producing personal protective equipment, CUT is also producing hybrid cattle semen, which is sold at a lower price.

Prof Ncube said Government had created a National Venture Capital Fund to finance start-ups to create more jobs for the attainment of Vision 2030.

He said a number of projects at CUT would get funding from the National Venture Capital Fund.

“There is going to be a convergence of strategy (Education 5.0) and resources to finance ideas through the Venture Fund and other funding channels directly through the Ministry of Finance and Economic Development and the central Government,” said Prof Ncube.

Prof Murwira said the production at all State universities will help block the import syndrome that has resulted in loss of foreign currency.

“We are looking at the vision of President Mnangagwa of an upper middle class economy by 2030 which is the national strategy and that would need universities’ participation through innovative and industrial minds,” he said.

“The national capabilities of producing are being witnessed in all the universities, including this institution, which has made it possible in the production of face masks and sanitisers to curb the spread of Covid-19.”

Prof Murwira said the production of sanitisers and face masks was an indication that Zimbabwe was capable of re-industrialising.

“And that’s exactly what we have noticed in the institutions. This country will industrialise through tertiary institutions and a good strategy and ecosystem, but supported by the Ministry of Finance and Economic Development to multiply every dollar that is given for production.”

Over 10 000 litres of sanitisers have also been produced at the institution’s innovation hub.

Minister of State for Mashonaland West Provincial Affairs, Mary Mliswa-Chikoka, was part of the team that toured the institution.