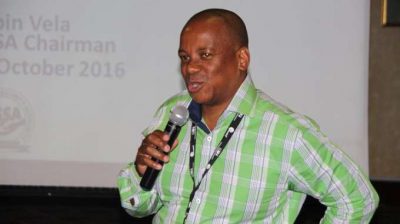 FORMER National Social Security Authority (NSSA) chairperson Robin Vela has threatened to sue BDO International if it fails to distance itself from a 2019 audit report by BDO Zimbabwe on the pay-as-you-go scheme he described as exceedingly defamatory.

Vela wants BDO to dissociate itself from the audit report, which implicates him, together with former Labour minister Priscah Mupfumira in systematic siphoning of NSSA funds running into millions of dollars.

In his letter of demand through his Johannesburg lawyer, Webber Wentzel, Vela threatened legal action if the international audit firm fails to apologise.

This comes after the High Court last month quashed the BDO audit report, describing it as unfair after Vela challenged it.

“As you are aware, the report makes several false and defamatory statements against our client without any factual basis or corroborated by any objective evidence, including the allegation that our client had corrupt dealings in various transactions and tasks undertaken in his previous role as non-executive board chairman of NSSA,” part of the letter, dated July 27, 2020, reads.

“These allegations are false and extremely defamatory of our client, whose hard-earned reputation as a businessman with integrity has been established throughout his career.

“BDO International has to date not disassociated itself from the report, despite being made aware of the fact that the report was inaccurate, irregular, biased and defamatory of our client from as early as October 2019, and despite the fact that the High Court of Zimbabwe has set aside the report on the grounds of bias and the fact that the auditors compiling the report did not properly apply their minds to the issues before them,” the lawyer added.

The lawyer said Vela continued to suffer harm to his reputation as a result of the allegations contained in the report, which he said continued to bear the label of the internationally recognised and respected brand of BDO International.

“The judgment raised certain questions about BDO Zimbabwe senior partner, Ngoni Kudenga. It is our client’s view that Kudenga was never of independent of mind and remains compromised given his political considerations and indebtedness to the Zimbabwean political system. We also wish to bring to your attention that our client has appointed a leading South African forensic auditing firm to undertake an independent review of the report and BDO’s conduct in respect of the report.”

He added: “As a result of the above, our client has instructed us to request that BDO International dissociates itself from the report in a public statement insofar as it pertains to our client, by no later than August 11 2020.

High Court judge Justice Webster Chinamora, in his judgment of June 17, 2020, described the audit report as biased, accusing the auditors of failing to apply their minds to the issues before them.

Justice Chinamora said it was within BDO’s power to eliminate some of the failures which undermined Vela’s rights.

He awarded punitive costs against BDO and gave Vela the green light to appoint an international defamation litigation team to pursue damages against BDO International, the Zimbabwean firm’s parent company.