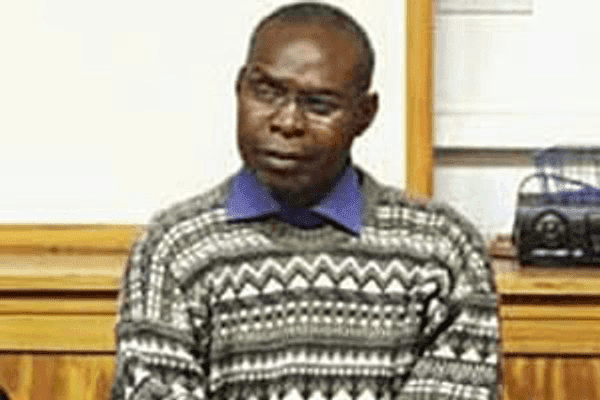 Majonga, who once served as chairperson of the Zimbabwe Media Commission, died at his Harare home on Monday due to a chest infection, his daughter and family spokesperson Caroline said yesterday.

“He passed on at home last night. He had been ill and was in hospital. He was home for a week following the hospital detention for chest infections,” she said.

“We are gathered at his home, 20 Somerset Avenue in Eastlea. We expect his burial to be Thursday, but other details like the time should be announced at a church service tomorrow (today).”

He is expected to be buried at Glen Forest Cemetery tomorrow.

Zimbabwean journalists from across the world yesterday paid tribute to Majonga, whose promising broadcasting career was cut by a near fatal incident whose details he kept as a closely-guarded secret.

“Our colleague Godfrey Majonga is no more. He passed away last night at 11pm. He was a good man who endured much suffering in his life. The Lord takes away the good ones. Go well Godfrey,” veteran journalist Geoffrey Nyarota said.

Another journalist based in South Africa, Sibanengi Dube said: “May his soul rest in peace. I never got to meet him, but what I know is that he suffered and died in silence.

“Sad news for real. Condolences to his family, especially his wife who stood by him throughout. He went to his end with his story locked in his heart. And his friend – Chris Simon – who was with him on the day of the accident or incident was also tight-lipped.”

Although details are sketchy, Majonga was allegedly injured at the hands of a senior government official in a story that has largely remained untold.

He opted to jump from a high-rise building when cornered by the official at some residential flat in Harare.

Said Henry Muradzikwa, another veteran scribe: “I am shocked, saddened and devastated by the passing of a colleague and extremely humble man. He carried his terrible anguish in silence to the end. May the Good Lord grant him eternal rest.”

Majonga is survived by wife Grace and three children.